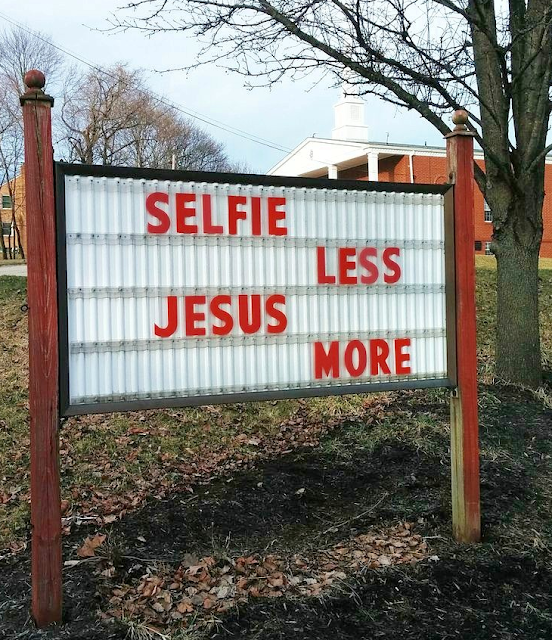 When I was young, my mother had a Brownie box camera. As the name implies, it was a box-like contraption and only took black and white pictures ( with real film, of course ). A few years after I was married, we purchased a Polaroid camera that developed pictures when you pulled the “film” from the camera. A few decades later we used a digital camera that made electronic pictures that could be easily modified by a computer. I still have this last camera, but hardly ever use it because I now have a “smart” phone. Over the past few years, I take pictures with it, but somehow it is just not the same; too commonplace, I think.

I have never really understood this “selfie” thing. Somehow, it just seems “wrong” to focus so much attention on one’s self, rather than the surrounding scenery or other people. Narcissism has become the norm in our world today ( at least in the photographic world, anyway ).

All this makes me wonder when the focus changed and people began to want to be in the forefront of everything.

As I was considering these things, I remembered Jesus’ post resurrection interaction with the disciples in the last chapter of the book of the Gospel of John...

2 Simon Peter, Thomas called Didymus, Nathanael of Cana in Galilee, and the sons of Zebedee, and two others of his disciples were together.

3 Simon Peter said to them, “I’m going fishing.” They told him, “We are also coming with you.” They immediately went out, and entered into the boat. That night, they caught nothing.

4 But when day had already come, Jesus stood on the beach, yet the disciples didn’t know that it was Jesus.

5 Jesus therefore said to them, “Children, have you anything to eat?” They answered him, “No.”

6 He said to them, “Cast the net on the right side of the boat, and you will find some.” They cast it therefore, and now they weren’t able to draw it in for the multitude of fish.

7 That disciple therefore whom Jesus loved said to Peter, “It’s the Lord!” So when Simon Peter heard that it was the Lord, he wrapped his coat around him (for he was naked), and threw himself into the sea.

8 But the other disciples came in the little boat (for they were not far from the land, but about two hundred cubits away), dragging the net full of fish.

9 So when they got out on the land, they saw a fire of coals there, and fish laid on it, and bread.

10 Jesus said to them, “Bring some of the fish which you have just caught.”

11 Simon Peter went up, and drew the net to land, full of great fish, one hundred fifty-three; and even though there were so many, the net wasn’t torn.

12 Jesus said to them, “Come and eat breakfast.” None of the disciples dared inquire of him, “Who are you?” knowing that it was the Lord.

13 Then Jesus came and took the bread, gave it to them, and the fish likewise.

14 This is now the third time that Jesus was revealed to his disciples, after he had risen from the dead.

15 So when they had eaten their breakfast, Jesus said to Simon Peter, “Simon, son of Jonah, do you love me more than these?” He said to him, “Yes, Lord; you know that I have affection for you.” He said to him, “Feed my lambs.”

18 Most certainly I tell you, when you were young, you dressed yourself, and walked where you wanted to. But when you are old, you will stretch out your hands, and another will dress you, and carry you where you don’t want to go.”

Why did Peter want to go fishing? Verse 3 ( above ) doesn’t tell us, but my guess is that he wanted to resume his former occupation ( compare verse 3 with verse 18 part a ). In verses 15-17 Jesus questions Peter’s love and during this interaction directs his actions towards others. In verse 18 he talks about Peter’s future. Why he does this seems to be the point of the whole interaction; Jesus tells Peter to stop doing what he wants to do and listen to Jesus. Peter was focusing on his own desires and not the will of God.

All this is very familiar. People today are focusing too much on themselves and not on the needs of others. Remember that picture: “Selfie less, Jesus more”. Practice it, Prioritize it, Perfect it.

Enough said… Are you listening… Gary?