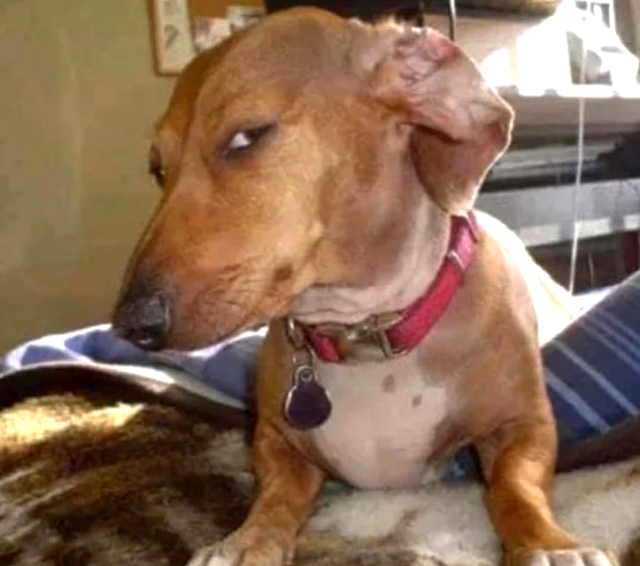 If you have read my blog posts, then you probably are already aware that I love dogs. Size, age and breed really doesn’t matter much to me; I love them all ( but the ones that BITE, not so much ).

Over the years, I have grown to appreciate my own dog’s personality. Until the past year or so, when he wanted to go out for a walk he would just stare at me. Now, he still does the stare thing, but after awhile he will do a very faint woof, then a louder woof and finally a quite loud bark; and if its an emergency several barks. Sometimes, I can understand him when he will intermittently shift from staring at me to looking at the door – I get it, he wants out, NOW.

Having said all this, look at today’s picture. How would YOU caption this picture? For me, its a one-word title – “REALLY ?”! It is as if he is doubting what someone is trying to tell him.

As a Christian, sometimes I hear things about the Bible, the church or Christ himself that just doesn’t sound right to me. Then its time to do a little research in THE BOOK of books. This situation is nothing new, for as far back as the early church, some people were distorting the truth or just plain outright LYING.

1 Beloved, don’t believe every spirit, but test the spirits, whether they are of God, because many false prophets have gone out into the world.

2 By this you know the Spirit of God: every spirit who confesses that Jesus Christ has come in the flesh is of God,

3 and every spirit who doesn’t confess that Jesus Christ has come in the flesh is not of God, and this is the spirit of the Antichrist, of whom you have heard that it comes. Now it is in the world already.

Now, the first century church had special gifts, such as prophecy and tongues ( see 1 Corinthians 12f. ), but today we have the complete revelation of God. See also, Acts 20:27; 1 Cor. 15:1ff; Jude 3 etc.. Paul writes to Timothy the following…

15 From infancy, you have known the holy Scriptures which are able to make you wise for salvation through faith, which is in Christ Jesus.

16 Every Scripture is God-breathed and1 profitable for teaching, for reproof, for correction, and for instruction in righteousness,

17 that the man of God may be complete, thoroughly equipped for every good work.

Since the Scriptures enables one to be fully equipped ( 2 Timothy 3 ) and Jude 3 says..

3 Beloved, while I was very eager to write to you about our common salvation, I was constrained to write to you exhorting you to contend earnestly for the faith which was once for all delivered to the saints.

then we have a standard to go by, a measuring stick for the truth. Whether its the deity of Christ ( 1 John 4 above ) or the completeness of God’s revelation, we have the truth, the complete truth.

Its Ok to doubt when you hear something that doesn’t sound quite right, but the Scriptures have the final word, period. Believe that, for its true!