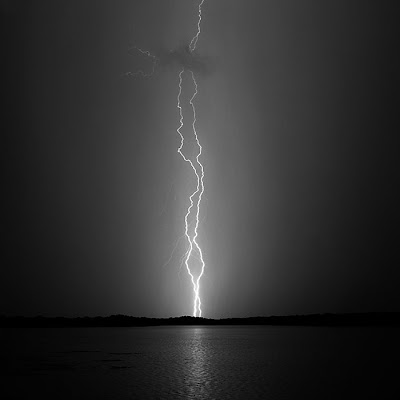 We have all heard stories of people being struck by lightning and even being struck more than once; but what if you were struck by two at the same time? Would you survive? Probably not! If I was anywhere near this I would run for cover, you can be sure of that. Sometimes things just come in two's, like twins for instance. When this two things occur at once its like a double testimony about something. There is a passage in Luke's gospel that has something similar in it; read on to find out more....
Luke 2:1-10 Complete Apostles' Bible
(1) And it came to pass in those days that a decree went out from Caesar Augustus that a census be taken of all the empire.
(2) This census was the first one while Quirinius was governing Syria.
(3) And all were traveling to be registered, each to his own city.
(4) Joseph also went up from Galilee, out of the city of Nazareth, into Judea, to the city of David, which is called Bethlehem, because he was of the house and family of David,
(5) to be registered with Mary, his betrothed wife, who was pregnant.
(6) So it was, that while they were there, the days were completed for her to bear.
(7) And she bore her firstborn Son, and wrapped Him in swaddling cloths, and laid Him in a manger, because there was no place for them in the inn.
(8) And shepherds were in the same country, living in the fields and keeping watch over their flock by night.
(9) And behold, an angel of the Lord stood before them, and the glory of the Lord shone around them, and they were greatly afraid.
(10) Then the angel said to them, "Fear not, for behold, I bring you good tidings of great joy which will be to all people.
Luk 2:9 και ιδου αγγελος κυριου επεστη αυτοις και δοξα κυριου περιελαμψεν αυτους και εφοβηθησαν φοβον μεγαν
God did something wonderful in Jesus, from the very moment of his conception until his life after life. And something this good needed an announcement, and who better to do this than an angel! The simple shepherds in verse 9 were frightened by the light and the message of the angel. Literally, they feared a great fear (see the emboldened words in Greek). A double fear, a double statement of their terror! I like this because it emphasizes the awesomeness of the message and do not be deceived, there was a greater power in that little baby than in a legion of angels. Their profound fear was overwhelming to them, but really brings out the importance of the message, because where would we be without Jesus? Now that is something to really be afraid of!!!
Email ThisBlogThis!Share to TwitterShare to FacebookShare to Pinterest
Newer Posts Older Posts Home
Subscribe to: Posts (Atom)