Sight, sound, memory and wisdom- the stuff of wonder 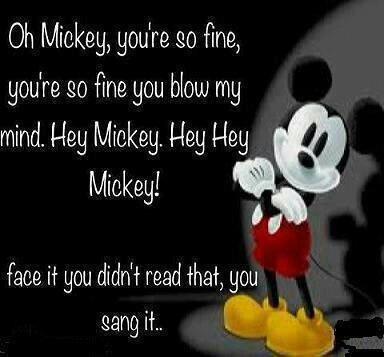 Every single day we learn something new; whether or not we even realize it.  When I started to read the text of the picture, I was reminded of the song.  But that is all I remembered... until I looked it up on the net...

I knew it was from a long time ago, but 1982?  Where does the time go?  But, I still remembered something of the song, so I guess that I should be happy.  It is strange, but sometimes I forget what I did yesterday, but 30 or even 40 years ago is as clear as a bell.  It's true that the things we learn as a child stay with us and instruct us ALL OF OUR LIVES!!!  Listen to the words of Solomon and remember...


1 Listen, sons, to a father’s instruction.
Pay attention and know understanding;
2 for I give you sound learning.
Don’t forsake my law.
3 For I was a son to my father,
tender and an only child in the sight of my mother.
4 He taught me, and said to me:
“Let your heart retain my words.
Keep my commandments, and live.
5 Get wisdom.
Get understanding.
Don’t forget, neither swerve from the words of my mouth.
6 Don’t forsake her, and she will preserve you.
Love her, and she will keep you.
7 Wisdom is supreme.
Get wisdom.
Yes, though it costs all your possessions, get understanding.
8 Esteem her, and she will exalt you.
She will bring you to honor, when you embrace her.
9 She will give to your head a garland of grace.
She will deliver a crown of splendor to you.”

Wisdom is in direction proportion to its source.  If your "wisdom" is from someone foolish, guess what you become?  But, if you have chosen someone wise to learn from, what then?  I have known literally thousands of people in my life and learned from them all; I have read many books (I have no idea how many, actually) but there is only one that stands out- The Bible.  May your source of Wisdom be the Scriptures and may God give you the blessing of being able to remember what you have been taught.  And when it comes back to your memory as you progress in years, you will rejoice that you made the right choice in deciding to listen to God.  And that is better than any song that might pop into your thoughts!!!!
Email ThisBlogThis!Share to TwitterShare to FacebookShare to Pinterest

Mar 1:1 The beginning of the Good News of Jesus Christ, the Son of God.
Mar 1:2 As it is written in the prophets, "Behold, I send my messenger before your face, who will prepare your way before you.
Mar 1:3 The voice of one crying in the wilderness, 'Make ready the way of the Lord! Make his paths straight!' "
Mar 1:4 John came baptizing in the wilderness and preaching the baptism of repentance for forgiveness of sins.
Mar 1:5 All the country of Judea and all those of Jerusalem went out to him. They were baptized by him in the Jordan river, confessing their sins.
Mar 1:6 John was clothed with camel's hair and a leather belt around his waist. He ate locusts and wild honey.
Mar 1:7 He preached, saying, "After me comes he who is mightier than I, the thong of whose sandals I am not worthy to stoop down and loosen.
Mar 1:8 I baptized you in water, but he will baptize you in the Holy Spirit."
Mar 1:9 It happened in those days, that Jesus came from Nazareth of Galilee, and was baptized by John in the Jordan.
Mar 1:10 Immediately coming up from the water, he saw the heavens parting, and the Spirit descending on him like a dove.
Mar 1:11 A voice came out of the sky, "You are my beloved Son, in whom I am well pleased."
Mar 1:12 Immediately the Spirit drove him out into the wilderness.
Mar 1:13 He was there in the wilderness forty days tempted by Satan. He was with the wild animals; and the angels were serving him.
Mar 1:14 Now after John was taken into custody, Jesus came into Galilee, preaching the Good News of the Kingdom of God,
Mar 1:15 and saying, "The time is fulfilled, and the Kingdom of God is at hand! Repent, and believe in the Good News."
Mar 1:16 Passing along by the sea of Galilee, he saw Simon and Andrew the brother of Simon casting a net into the sea, for they were fishermen.
Mar 1:17 Jesus said to them, "Come after me, and I will make you into fishers for men."
Mar 1:18 Immediately they left their nets, and followed him.
Mar 1:19 Going on a little further from there, he saw James the son of Zebedee, and John, his brother, who were also in the boat mending the nets.
Mar 1:20 Immediately he called them, and they left their father, Zebedee, in the boat with the hired servants, and went after him.
Mar 1:21 They went into Capernaum, and immediately on the Sabbath day he entered into the synagogue and taught.
Mar 1:22 They were astonished at his teaching, for he taught them as having authority, and not as the scribes.
Mar 1:23 Immediately there was in their synagogue a man with an unclean spirit, and he cried out,
Mar 1:24 saying, "Ha! What do we have to do with you, Jesus, you Nazarene? Have you come to destroy us? I know you who you are: the Holy One of God!"
Mar 1:25 Jesus rebuked him, saying, "Be quiet, and come out of him!"
Mar 1:26 The unclean spirit, convulsing him and crying with a loud voice, came out of him.
Mar 1:27 They were all amazed, so that they questioned among themselves, saying, "What is this? A new teaching? For with authority he commands even the unclean spirits, and they obey him!"
Mar 1:28 The report of him went out immediately everywhere into all the region of Galilee and its surrounding area.
Mar 1:29 Immediately, when they had come out of the synagogue, they came into the house of Simon and Andrew, with James and John.
Mar 1:30 Now Simon's wife's mother lay sick with a fever, and immediately they told him about her.
Mar 1:31 He came and took her by the hand, and raised her up. The fever left her, and she served them.
Mar 1:32 At evening, when the sun had set, they brought to him all who were sick, and those who were possessed by demons.
Mar 1:33 All the city was gathered together at the door.
Mar 1:34 He healed many who were sick with various diseases, and cast out many demons. He didn't allow the demons to speak, because they knew him.
Mar 1:35 Early in the morning, while it was still dark, he rose up and went out, and departed into a deserted place, and prayed there.
Mar 1:36 Simon and those who were with him followed after him;
Mar 1:37 and they found him, and told him, "Everyone is looking for you."
Mar 1:38 He said to them, "Let's go elsewhere into the next towns, that I may preach there also, because I came out for this reason."
Mar 1:39 He went into their synagogues throughout all Galilee, preaching and casting out demons.
Mar 1:40 A leper came to him, begging him, kneeling down to him, and saying to him, "If you want to, you can make me clean."
Mar 1:41 Being moved with compassion, he stretched out his hand, and touched him, and said to him, "I want to. Be made clean."
Mar 1:42 When he had said this, immediately the leprosy departed from him, and he was made clean.
Mar 1:43 He strictly warned him, and immediately sent him out,
Mar 1:44 and said to him, "See you say nothing to anybody, but go show yourself to the priest, and offer for your cleansing the things which Moses commanded, for a testimony to them."
Mar 1:45 But he went out, and began to proclaim it much, and to spread about the matter, so that Jesus could no more openly enter into a city, but was outside in desert places: and they came to him from everywhere.

Won't take a job in a brothel by Jim McGuiggan

Won't take a job in a brothel

American minister in Freeport, Ken Baumgarten, who contributes to Times Record, recently rehearsed the interesting story of a 25 year old unemployed Berlin waitress (click) who was receiving some needed financial help from the government while she looked for work. She was offered a job in a brothel, refused it and was threatened by the government with the withdrawal of financial help because she wouldn't work. A lawyer assured her that as the law stood the government was perfectly within its rights.
Brothel management is a legitimate business like every other legitimate business that provides what the public wants; it's government inspected and regulated. Some people want to buy a car, others a loaf of bread and some want to buy sex for a price—where's the difference? One brothel owner needed workers so he did what every employer has the right to do; he went to the job centre and exercised his legal right to access to the workplace. The centre promptly offered our young waitress a job she promptly refused and that's when she ran foul of the government. [I wonder if she had taken the job and one customer wanted something especially "out of the way" and she had refused; I wonder if she would have been fired. Hmmm.]
No one would care to build a case for moral standards based on their benefit to society (actually, Utilitarians do) but make no mistake about it, as Baumgarten wants to remind us, at some point a society without morals disintegrates. But perhaps we're too shrewd for that; we'll fine tune our legal systems in an attempt to cater to everyone—well, to as many as possible—and commend ourselves for ridding society of "the morals" problem. We'll work something out where our young Berlin waitress doesn't have to engage in prostitution, S&M, animal or lesbian activities without making a moral judgement on any of it. How wise we are. Oh well. Romans 1:21-22.
©2004 Jim McGuiggan. All materials are free to be copied and used as long as money is not being made.