Rainbows, revelation and me 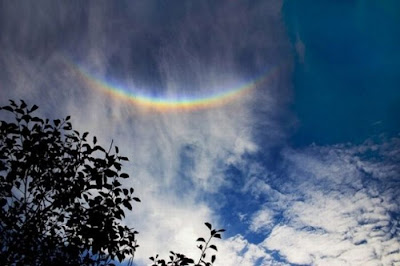 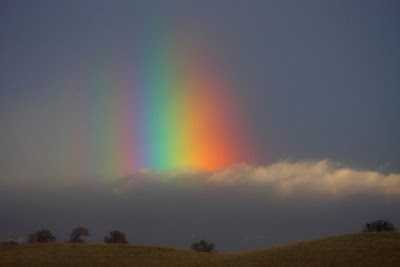 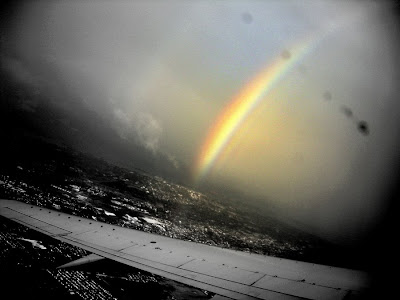 Until a few years ago, I thought of rainbows in a fixed way. They usually went from horizon to horizon and that was that. Now, having seen rainbows in all sorts of ways, I have a new perspective on just what a rainbow should be. It occurred to me that the word of God is like these rainbows and of course this passage from Hebrews came to mind.
Hebrews 1:1-5 (WEB)
1) God, having in the past spoken to the fathers through the prophets at many times and in various ways,
2) has at the end of these days spoken to us by his Son, whom he appointed heir of all things, through whom also he made the worlds.
3) His Son is the radiance of his glory, the very image of his substance, and upholding all things by the word of his power, when he had by himself made purification for our sins, sat down on the right hand of the Majesty on high;
4) having become so much better than the angels, as he has inherited a more excellent name than they have.
5) For to which of the angels did he say at any time, “You are my Son. Today have I become your father?” and again, “I will be to him a Father, and he will be to me a Son?”
(Hebrews 1:1-5, WEB)

Ever since the "little problem" in the garden of Eden, God has been trying to reach out to his most magnificent creation; man. He has used tablets of stone, prophets from all walks of life, dreams, visions, even the Psalms to do this. But, in the end, a new creation was needed, one that could truly understand the "little problem". The God of Heaven chose a name for his creation and that name was Jesus. He was different, because although he was a man, yet at the same time he was fully God and therefore fully able to bridge the gap between man and his maker. Don't ask me how this was accomplished; I don't know, but I don't have to. I can appreciate the beauty of it from all angles just like the rainbows. But one thing; once considered, things will never be the same again. Rainbows take on new meaning as we think about them... so does Jesus.
Email ThisBlogThis!Share to TwitterShare to FacebookShare to Pinterest
Newer Posts Older Posts Home
Subscribe to: Posts (Atom)