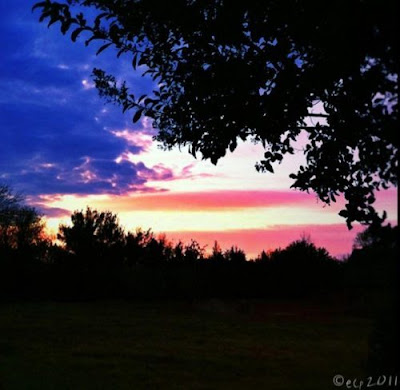 Everyone has been exposed the Olympics during the past week.  Its on all the TV channels and every newscast has something about it!!!  So, when I saw this picture, it reminded me of the American flag; something I have seen a lot of at the Olympics.  Its nice to see America get credit for something; even if it is only something as fleeting as a race. However, I believe its proper to give credit where it is deserved; every one of those Olympic contestants deserves to be there... they all represent their COUNTRIES!!!  Every one has trained for this, most of them for years!!!  These games may be a glorious spectacle, but more magnificent will be the time we spend in heaven because we exercised spiritual discipline in the here and now.  Here are a couple of passages that relate...

2 Timothy, Chapter 4
8 For bodily exercise has some value, but godliness has value in all things, having the promise of the life which is now, and of that which is to come.

1 Corinthians, Chapter 9
24 Don’t you know that those who run in a race all run, but one receives the prize? Run like that, that you may win.  25 Every man who strives in the games exercises self-control in all things. Now they do it to receive a corruptible crown, but we an incorruptible.  26 I therefore run like that, as not uncertainly. I fight like that, as not beating the air, 27 but I beat my body and bring it into submission, lest by any means, after I have preached to others, I myself should be rejected.

2 Timothy, Chapter 4
6 For I am already being offered, and the time of my departure has come.  7 I have fought the good fight. I have finished the course. I have kept the faith.  8 From now on, there is stored up for me the crown of righteousness, which the Lord, the righteous judge, will give to me on that day; and not to me only, but also to all those who have loved his appearing.

The Olympic games are not a modern invention; athletes have been competing for over 2000 years.  Now, instead of just one nation competing within itself for a "crown " of honor, we have many nations vying for a gold medal worth about $25,000.  Imagine how much it must mean to win one of those gold "wonders"? Shift gears for a moment and consider the spiritual "games" we are in.  We have to endure the temptations and trials of sin and often ridicule and disapproval from unbelievers.  But, it will all be worth it when we receive the crown of righteousness when we enter heaven.  As beautiful as the American flag is, it is nothing compared to spending eternity with God in heaven.  Humm, I wonder if there will be a flag waving over our eternal home????
Email ThisBlogThis!Share to TwitterShare to FacebookShare to Pinterest

Ezr 1:1 Now in the first year of Cyrus king of Persia, that the word of Yahweh by the mouth of Jeremiah might be accomplished, Yahweh stirred up the spirit of Cyrus king of Persia, so that he made a proclamation throughout all his kingdom, and put it also in writing, saying,
Ezr 1:2 Thus says Cyrus king of Persia, All the kingdoms of the earth has Yahweh, the God of heaven, given me; and he has commanded me to build him a house in Jerusalem, which is in Judah.
Ezr 1:3 Whoever there is among you of all his people, his God be with him, and let him go up to Jerusalem, which is in Judah, and build the house of Yahweh, the God of Israel (he is God), which is in Jerusalem.
Ezr 1:4 Whoever is left, in any place where he sojourns, let the men of his place help him with silver, and with gold, and with goods, and with animals, besides the freewill offering for the house of God which is in Jerusalem.
Ezr 1:5 Then rose up the heads of fathers' houses of Judah and Benjamin, and the priests, and the Levites, even all whose spirit God had stirred to go up to build the house of Yahweh which is in Jerusalem.
Ezr 1:6 All those who were around them strengthened their hands with vessels of silver, with gold, with goods, and with animals, and with precious things, besides all that was willingly offered.
Ezr 1:7 Also Cyrus the king brought forth the vessels of the house of Yahweh, which Nebuchadnezzar had brought forth out of Jerusalem, and had put in the house of his gods;
Ezr 1:8 even those did Cyrus king of Persia bring forth by the hand of Mithredath the treasurer, and numbered them to Sheshbazzar, the prince of Judah.
Ezr 1:9 This is the number of them: thirty platters of gold, one thousand platters of silver, twenty-nine knives,
Ezr 1:10 thirty bowls of gold, silver bowls of a second sort four hundred and ten, and other vessels one thousand.
Ezr 1:11 All the vessels of gold and of silver were five thousand and four hundred. All these did Sheshbazzar bring up, when they of the captivity were brought up from Babylon to Jerusalem.

Ezr 3:1 When the seventh month was come, and the children of Israel were in the cities, the people gathered themselves together as one man to Jerusalem.
Ezr 3:2 Then stood up Jeshua the son of Jozadak, and his brothers the priests, and Zerubbabel the son of Shealtiel, and his brothers, and built the altar of the God of Israel, to offer burnt offerings thereon, as it is written in the law of Moses the man of God.
Ezr 3:3 They set the altar on its base; for fear was on them because of the peoples of the countries: and they offered burnt offerings thereon to Yahweh, even burnt offerings morning and evening.
Ezr 3:4 They kept the feast of tents, as it is written, and offered the daily burnt offerings by number, according to the ordinance, as the duty of every day required;
Ezr 3:5 and afterward the continual burnt offering, and the offerings of the new moons, and of all the set feasts of Yahweh that were consecrated, and of everyone who willingly offered a freewill offering to Yahweh.
Ezr 3:6 From the first day of the seventh month began they to offer burnt offerings to Yahweh: but the foundation of the temple of Yahweh was not yet laid.
Ezr 3:7 They gave money also to the masons, and to the carpenters; and food, and drink, and oil, to them of Sidon, and to them of Tyre, to bring cedar trees from Lebanon to the sea, to Joppa, according to the grant that they had of Cyrus king of Persia.
Ezr 3:8 Now in the second year of their coming to the house of God at Jerusalem, in the second month, began Zerubbabel the son of Shealtiel, and Jeshua the son of Jozadak, and the rest of their brothers the priests and the Levites, and all those who were come out of the captivity to Jerusalem, and appointed the Levites, from twenty years old and upward, to have the oversight of the work of the house of Yahweh.
Ezr 3:9 Then stood Jeshua with his sons and his brothers, Kadmiel and his sons, the sons of Judah, together, to have the oversight of the workmen in the house of God: the sons of Henadad, with their sons and their brothers the Levites.
Ezr 3:10 When the builders laid the foundation of the temple of Yahweh, they set the priests in their clothing with trumpets, and the Levites the sons of Asaph with cymbals, to praise Yahweh, after the order of David king of Israel.
Ezr 3:11 They sang one to another in praising and giving thanks to Yahweh, saying, For he is good, for his loving kindness endures forever toward Israel. All the people shouted with a great shout, when they praised Yahweh, because the foundation of the house of Yahweh was laid.
Ezr 3:12 But many of the priests and Levites and heads of fathers' houses, the old men who had seen the first house, when the foundation of this house was laid before their eyes, wept with a loud voice; and many shouted aloud for joy:
Ezr 3:13 so that the people could not discern the noise of the shout of joy from the noise of the weeping of the people; for the people shouted with a loud shout, and the noise was heard afar off.

"THE EPISTLE TO THE GALATIANS" Chapter Two by Mark Copeland