In the presence of GREATNESS.... 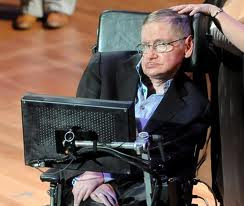 In The Presence Of Greatness

For the past several days, I have been thinking of my beloved brother Bill Johnson; how he succeeded in starting a church in New York City, arguably one of the most difficult areas in the country.  And his work continues, with his son in the pulpit to this day!!!  I remember Bill before he was so successful; just a student in the school of preaching we attended. It took years for me to recognize the greatness of his abilities and I am blessed for having known him.  I wish that I had the sense to recognize it sooner, but I can't change the past; only learn from it!!!  But, I wonder, what if true overwhelming greatness was before me; would I recognize it or would I be just another "doubting Thomas"?  Which causes me to think about a passage from the old testament...

Isaiah, Chapter 6
1 In the year that king Uzziah died, I saw the Lord sitting on a throne, high and lifted up; and his train filled the temple.  2 Above him stood the seraphim. Each one had six wings. With two he covered his face. With two he covered his feet. With two he flew.  3 One called to another, and said,
“Holy, holy, holy, is Yahweh of Armies!
The whole earth is full of his glory!”
4  The foundations of the thresholds shook at the voice of him who called, and the house was filled with smoke.  5 Then I said, “Woe is me! For I am undone, because I am a man of unclean lips, and I dwell in the midst of a people of unclean lips: for my eyes have seen the King, Yahweh of Armies!”
6  Then one of the seraphim flew to me, having a live coal in his hand, which he had taken with the tongs from off the altar.  7 He touched my mouth with it, and said, “Behold, this has touched your lips; and your iniquity is taken away, and your sin forgiven.”
8  I heard the Lord’s voice, saying, “Whom shall I send, and who will go for us?”
Then I said, “Here I am. Send me!”
9  He said, “Go, and tell this people,
‘You hear indeed,
but don’t understand;
and you see indeed,
but don’t perceive.’
10 Make the heart of this people fat.
Make their ears heavy, and shut their eyes;
lest they see with their eyes,
and hear with their ears,
and understand with their heart,
and turn again, and be healed.”

Imagine for a moment that YOU are the prophet Isaiah.  The awesomeness of the scene would be almost too much for you to take in.  Some translations refer to Yahweh of Armies as The LORD of Hosts, but however you translate it, we are referring to someone who is very awesome indeed!!!!  Next, put yourself in the first century; you have just heard Jesus teach the people using parables.  You marvel at the teaching and then the following exchange occurs:

Matthew, Chapter 13
10  The disciples came, and said to him, “Why do you speak to them in parables?”
11  He answered them, “To you it is given to know the mysteries of the Kingdom of Heaven, but it is not given to them.   12  For whoever has, to him will be given, and he will have abundance, but whoever doesn’t have, from him will be taken away even that which he has.  13  Therefore I speak to them in parables, because seeing they don’t see, and hearing, they don’t hear, neither do they understand.   14  In them the prophecy of Isaiah is fulfilled, which says,
‘By hearing you will hear,
and will in no way understand;
Seeing you will see,
and will in no way perceive:   15  for this people’s heart has grown callous,
their ears are dull of hearing,
they have closed their eyes;
or else perhaps they might perceive with their eyes,
hear with their ears,
understand with their heart,
and should turn again;
and I would heal them.’
16  “But blessed are your eyes, for they see; and your ears, for they hear.   17  For most certainly I tell you that many prophets and righteous men desired to see the things which you see, and didn’t see them; and to hear the things which you hear, and didn’t hear them.

God's messenger of the covenant (Malachi 3:1ff) teaches once again the message of Isaiah chapter six, but I really don't think the disciples understood exactly who it was that was speaking to them.  "Doubting Thomas" would begin to, as his exclamation found in the gospel of John 20:28: “My Lord and my God!”.  Farther on in the Bible, we find the ultimate expression of the greatness of Jesus.

In Revelation, chapter 19 we read:

5  A voice came from the throne, saying, “Give praise to our God, all you his servants, you who fear him, the small and the great!”
6  I heard something like the voice of a great multitude, and like the voice of many waters, and like the voice of mighty thunders, saying, “Hallelujah! For the Lord our God, the Almighty, reigns!  7 Let us rejoice and be exceedingly glad, and let us give the glory to him. For the marriage of the Lamb has come, and his wife has made herself ready.”  8 It was given to her that she would array herself in bright, pure, fine linen: for the fine linen is the righteous acts of the saints.
9  He said to me, “Write, ‘Blessed are those who are invited to the marriage supper of the Lamb.’” He said to me, “These are true words of God.”
10  I fell down before his feet to worship him. He said to me, “Look! Don’t do it! I am a fellow bondservant with you and with your brothers who hold the testimony of Jesus. Worship God, for the testimony of Jesus is the Spirit of Prophecy.”
11  I saw the heaven opened, and behold, a white horse, and he who sat on it is called Faithful and True. In righteousness he judges and makes war.  12 His eyes are a flame of fire, and on his head are many crowns. He has names written and a name written which no one knows but he himself.  13 He is clothed in a garment sprinkled with blood. His name is called “The Word of God.”  14 The armies which are in heaven followed him on white horses, clothed in white, pure, fine linen.  15 Out of his mouth proceeds a sharp, double-edged sword, that with it he should strike the nations. He will rule them with an iron rod. He treads the wine press of the fierceness of the wrath of God, the Almighty.  16 He has on his garment and on his thigh a name written, “KING OF KINGS, AND LORD OF LORDS.”

Remember Isaiah chapter 6?  Isaiah saw Yahweh of Armies and was overwhelmed!!!  Yahweh of Armies (the messenger of the covenant of Malachi) came to Earth and gave the people of his day the same message that Isaiah did, except that the one who spoke was GOD (John 20:28).  Recognize the greatness?  Reread Revelation chapter 19 again and acknowledge that Jesus is the word of God, Yahweh of armies and "KING OF KINGS, AND LORD OF LORDS".  Today, some people refer to Jesus as just a nice teacher or a prophet or just plain crazy, but the fact is HE IS GOD AND HIS GREATNESS exceeds that of any man who ever lived.  This includes real life people like Stephen Hawking and even imaginary ones like Dr. Sheldon Cooper, Phd!!  Jesus is not a king you accept into your life; he is GOD, and we submit to HIS WILL AND OBEY HIM!!!  One more thing... it is a great honor to be in the presence of GREATNESS!!!!  Think about that today... and rejoice!!!!
Email ThisBlogThis!Share to TwitterShare to FacebookShare to Pinterest

EVERY MAN STOOD IN HIS PLACE by Gary Womack

EVERY MAN STOOD IN HIS PLACE