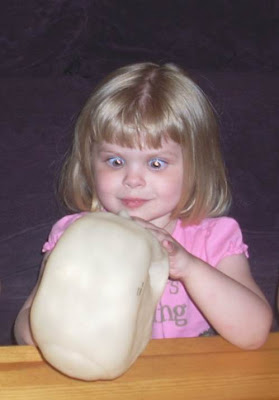 Have you ever looked at something like this?  You just can't believe your eyes and sort of freeze. I have.  Unsure what to do next, you may do the wrong thing or nothing at all.  I love the story of a servant girl named Rhoda in the New Testament who did something like this.
Acts 12:11-16 Complete Apostles' Bible
(11) And Peter, having come to himself, said, "Now I know truly that the Lord has sent forth His angel, and has delivered me from the hand of Herod and from all the expectation of the Jews."
(12) And realizing this, he came to the house of Mary, the mother of John whose surname was Mark, where a considerable number were gathered together and were praying.
(13) And when Peter knocked at the door of the gate, a servant girl came to answer, named Rhoda.
(14) When she recognized Peter's voice, because of her gladness she did not open the gate, but running in, she announced that Peter stood before the gate.
(15) But they said to her, "You are mad!" Yet she kept insisting that it was so. So they said, "It is his angel."
(16) But Peter was continuing knocking; and opening the door they saw him, and were astounded.
I always wondered if the writers of the "Mary Tyler Moore" show took inspiration from the Bible when they created the character of Rhoda Morgenstern (spelling???).  She was a bit of a ditz, but eventually her character spun off into her own show (Rhoda).  I always focused on the servant girl named Rhoda, because I think its funny, but now I see that she wasn't alone, for in verse 13 Peter is referred to as "having come to himself".  So, if it can happen to an apostle, it can happen to anybody.  By the way, don't stare too long, your face might freeze like that!
Email ThisBlogThis!Share to TwitterShare to FacebookShare to Pinterest
Newer Posts Older Posts Home
Subscribe to: Posts (Atom)