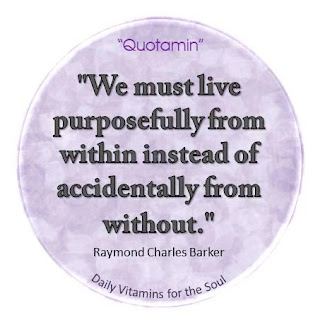 Things happen!  If you are alive and breathing, something is going to happen to you today!  I have no idea what it will be; so be prepared.  Arm yourself with attitude; a good one mind you!!  The things that will happen may be good or bad, but what they turn out to be is up to you.  Even bad things can have a good side if you just think about it.  Now, I am not saying that everything that happens is pleasant; remember the dentist?  I am saying that you can make this difference; your life is what you make it!!!!  Jesus puts it this way....
WEB: Matthew Chapter 5
[1] Seeing the multitudes, he went up onto the mountain. When he had sat down, his disciples came to him. [2] He opened his mouth and taught them, saying,
[3] "“Blessed are the poor in spirit,
for theirs is the Kingdom of Heaven.
[4] Blessed are those who mourn,
for they shall be comforted.
[5] Blessed are the gentle,
for they shall inherit the earth.
[6] Blessed are those who hunger and thirst after righteousness,
for they shall be filled.
[7] Blessed are the merciful,
for they shall obtain mercy.
[8] Blessed are the pure in heart,
for they shall see God.
[9] Blessed are the peacemakers,
for they shall be called children of God.
[10] Blessed are those who have been persecuted for righteousness’ sake,
for theirs is the Kingdom of Heaven.
[11] “Blessed are you when people reproach you, persecute you, and say all kinds of evil against you falsely, for my sake.
[12] Rejoice, and be exceedingly glad, for great is your reward in heaven. For that is how they persecuted the prophets who were before you.
Another way of saying "Blessed" would be something like... an inward state of mind that is not affected by outward circumstances.  All the things Jesus mentioned can result in goodness, even when people are "not so nice" to you.  Even then, you benefit because you are in good company (see verse 12).  Life is attitude, attitude, ATTITUDE!!!  Remember, you really don't need a sign to tell you these things, just reread the Matthew passage and pray about it. Wondering if you really understood what Jesus is talking about?  If someone asks you what happened to you today to make you so happy... then you are the poster-child for this passage!  Success!!!
Email ThisBlogThis!Share to TwitterShare to FacebookShare to Pinterest

Feb. 19
Genesis 50
Gen 50:1 Joseph fell on his father's face, wept on him, and kissed him.
Gen 50:2 Joseph commanded his servants, the physicians, to embalm his father; and the physicians embalmed Israel.
Gen 50:3 Forty days were fulfilled for him, for that is how many the days it takes to embalm. The Egyptians wept for him for seventy days.
Gen 50:4 When the days of weeping for him were past, Joseph spoke to the house of Pharaoh, saying, "If now I have found favor in your eyes, please speak in the ears of Pharaoh, saying,
Gen 50:5 'My father made me swear, saying, "Behold, I am dying. Bury me in my grave which I have dug for myself in the land of Canaan." Now therefore, please let me go up and bury my father, and I will come again.' "
Gen 50:6 Pharaoh said, "Go up, and bury your father, just like he made you swear."
Gen 50:7 Joseph went up to bury his father; and with him went up all the servants of Pharaoh, the elders of his house, all the elders of the land of Egypt,
Gen 50:8 all the house of Joseph, his brothers, and his father's house. Only their little ones, their flocks, and their herds, they left in the land of Goshen.
Gen 50:9 There went up with him both chariots and horsemen. It was a very great company.
Gen 50:10 They came to the threshing floor of Atad, which is beyond the Jordan, and there they lamented with a very great and sore lamentation. He mourned for his father seven days.
Gen 50:11 When the inhabitants of the land, the Canaanites, saw the mourning in the floor of Atad, they said, "This is a grievous mourning by the Egyptians." Therefore, its name was called Abel Mizraim, which is beyond the Jordan.
Gen 50:12 His sons did to him just as he commanded them,
Gen 50:13 for his sons carried him into the land of Canaan, and buried him in the cave of the field of Machpelah, which Abraham bought with the field, for a possession of a burial site, from Ephron the Hittite, before Mamre.
Gen 50:14 Joseph returned into Egypt--he, and his brothers, and all that went up with him to bury his father, after he had buried his father.
Gen 50:15 When Joseph's brothers saw that their father was dead, they said, "It may be that Joseph will hate us, and will fully pay us back for all of the evil which we did to him."
Gen 50:16 They sent a message to Joseph, saying, "Your father commanded before he died, saying,
Gen 50:17 'You shall tell Joseph, "Now please forgive the disobedience of your brothers, and their sin, because they did evil to you." ' Now, please forgive the disobedience of the servants of the God of your father." Joseph wept when they spoke to him.
Gen 50:18 His brothers also went and fell down before his face; and they said, "Behold, we are your servants."
Gen 50:19 Joseph said to them, "Don't be afraid, for am I in the place of God?
Gen 50:20 As for you, you meant evil against me, but God meant it for good, to bring to pass, as it is this day, to save many people alive.
Gen 50:21 Now therefore don't be afraid. I will nourish you and your little ones." He comforted them, and spoke kindly to them.
Gen 50:22 Joseph lived in Egypt, he, and his father's house. Joseph lived one hundred ten years.
Gen 50:23 Joseph saw Ephraim's children to the third generation. The children also of Machir, the son of Manasseh, were born on Joseph's knees.
Gen 50:24 Joseph said to his brothers, "I am dying, but God will surely visit you, and bring you up out of this land to the land which he swore to Abraham, to Isaac, and to Jacob."
Gen 50:25 Joseph took an oath of the children of Israel, saying, "God will surely visit you, and you shall carry up my bones from here."
Gen 50:26 So Joseph died, being one hundred ten years old, and they embalmed him, and he was put in a coffin in Egypt.
Email ThisBlogThis!Share to TwitterShare to FacebookShare to Pinterest

"THE BOOK OF JOB" The Great Debate: Third Cycle Of Speeches (22-31) by Mark Copeland