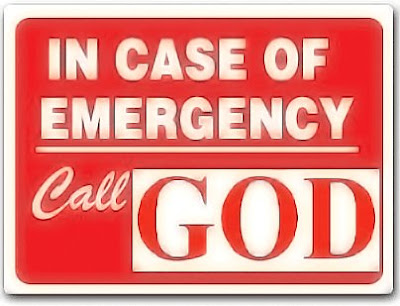 I was looking in my cell phone for a number today and came to my "ICE" numbers, that is, important people to call in case something happens to me and I can not help myself.  This is a great idea because if I am alone a strangers intervention may just save my life, or at least give my family a "heads up" as to what is happening to me.  Then I saw this sign and realized that this is more important than any number I could ever put in a cellphone.  Once again, I was reminded of the following verse...

Jeremiah, Chapter 29
13 You shall seek me, and find me, when you shall search for me with all your heart.

Cars break down, cell phone batteries die; things happen!  The good news is... as long as you have a seeking, yearning heart, God will listen!!!  If you can't really say that about yourself, TODAY is the day to change!!!  Who knows what could happen in the next 24 hours?  The decision is yours, but I hope you will chose God before its too late!!!

"THE FIRST EPISTLE TO THE CORINTHIANS" Chapter Fifteen by Mark Copeland