After the candy is gone... 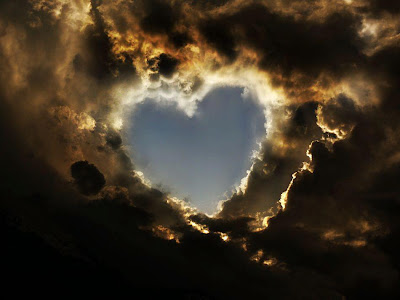 The love of my life was happy yesterday; I was blessed to be able to give her several small gifts; a very small container of flowers and a tiny box of candy (she is on weight-watchers also) and one heart shaped donut along with a small cup of the iced-coffee she loves.  She thanked me with enthusiasm and that made ME HAPPY!!!  Because I didn't go overboard, there won't be a grave consequences (gaining too much weight from the candy, for instance).  But, I wonder, what if you were to give someone a gift that they asked for and it caused UNHAPPINESS???

Matthew, Chapter 14
1 At that time, Herod the tetrarch heard the report concerning Jesus,  2 and said to his servants, “This is John the Baptizer. He is risen from the dead. That is why these powers work in him.”  3 For Herod had laid hold of John, and bound him, and put him in prison for the sake of Herodias, his brother Philip’s wife.  4 For John said to him, “It is not lawful for you to have her.”  5 When he would have put him to death, he feared the multitude, because they counted him as a prophet.


6 But when Herod’s birthday came, the daughter of Herodias danced among them and pleased Herod.  7 Whereupon he promised with an oath to give her whatever she should ask.  8 She, being prompted by her mother, said, “Give me here on a platter the head of John the Baptizer.”

9  The king was grieved, but for the sake of his oaths, and of those who sat at the table with him, he commanded it to be given,  10 and he sent and beheaded John in the prison.  11 His head was brought on a platter, and given to the young lady: and she brought it to her mother.


12 His disciples came, and took the body, and buried it; and they went and told Jesus.  13 Now when Jesus heard this, he withdrew from there in a boat, to a deserted place apart.

Good presents make a good person happy and evil things make those who are despicable delighted!  Just the way it is!!!  Yesterday was Valentine's day and I hope your day was a pleasant one; filled with love and perhaps a present or two.  If you gave candy, its probably gone and if flowers- they will last a few days.  But, when the last remnants of the holiday have gone, remember, there is a GOD in heaven who loves you!!!  The picture reminded me of that and I hope it cause you to ponder the subject as well!!!  One more thing... look up, you just might see the love of God displayed in the heavens for all to see.  And it ISN'T FATTENING!!!
Email ThisBlogThis!Share to TwitterShare to FacebookShare to Pinterest

Gen 46:1 Israel traveled with all that he had, and came to Beersheba, and offered sacrifices to the God of his father, Isaac.
Gen 46:2 God spoke to Israel in the visions of the night, and said, "Jacob, Jacob!" He said, "Here I am."
Gen 46:3 He said, "I am God, the God of your father. Don't be afraid to go down into Egypt, for there I will make of you a great nation.
Gen 46:4 I will go down with you into Egypt. I will also surely bring you up again. Joseph will close your eyes."
Gen 46:5 Jacob rose up from Beersheba, and the sons of Israel carried Jacob, their father, their little ones, and their wives, in the wagons which Pharaoh had sent to carry him.
Gen 46:6 They took their livestock, and their goods, which they had gotten in the land of Canaan, and came into Egypt--Jacob, and all his seed with him,
Gen 46:7 his sons, and his sons' sons with him, his daughters, and his sons' daughters, and he brought all his seed with him into Egypt.
Gen 46:8 These are the names of the children of Israel, who came into Egypt, Jacob and his sons: Reuben, Jacob's firstborn.
Gen 46:9 The sons of Reuben: Hanoch, Pallu, Hezron, and Carmi.
Gen 46:10 The sons of Simeon: Jemuel, Jamin, Ohad, Jachin, Zohar, and Shaul the son of a Canaanite woman.
Gen 46:11 The sons of Levi: Gershon, Kohath, and Merari.
Gen 46:12 The sons of Judah: Er, Onan, Shelah, Perez, and Zerah; but Er and Onan died in the land of Canaan. The sons of Perez were Hezron and Hamul.
Gen 46:13 The sons of Issachar: Tola, Puvah, Iob, and Shimron.
Gen 46:14 The sons of Zebulun: Sered, Elon, and Jahleel.
Gen 46:15 These are the sons of Leah, whom she bore to Jacob in Paddan Aram, with his daughter Dinah. All the souls of his sons and his daughters were thirty-three.
Gen 46:16 The sons of Gad: Ziphion, Haggi, Shuni, Ezbon, Eri, Arodi, and Areli.
Gen 46:17 The sons of Asher: Imnah, Ishvah, Ishvi, Beriah, and Serah their sister. The sons of Beriah: Heber and Malchiel.
Gen 46:18 These are the sons of Zilpah, whom Laban gave to Leah, his daughter, and these she bore to Jacob, even sixteen souls.
Gen 46:19 The sons of Rachel, Jacob's wife: Joseph and Benjamin.
Gen 46:20 To Joseph in the land of Egypt were born Manasseh and Ephraim, whom Asenath, the daughter of Potiphera, priest of On, bore to him.
Gen 46:21 The sons of Benjamin: Bela, Becher, Ashbel, Gera, Naaman, Ehi, Rosh, Muppim, Huppim, and Ard.
Gen 46:22 These are the sons of Rachel, who were born to Jacob: all the souls were fourteen.
Gen 46:23 The son of Dan: Hushim.
Gen 46:24 The sons of Naphtali: Jahzeel, Guni, Jezer, and Shillem.
Gen 46:25 These are the sons of Bilhah, whom Laban gave to Rachel, his daughter, and these she bore to Jacob: all the souls were seven.
Gen 46:26 All the souls who came with Jacob into Egypt, who were his direct descendants, besides Jacob's sons' wives, all the souls were sixty-six.
Gen 46:27 The sons of Joseph, who were born to him in Egypt, were two souls. All the souls of the house of Jacob, who came into Egypt, were seventy.
Gen 46:28 He sent Judah before him to Joseph, to show the way before him to Goshen, and they came into the land of Goshen.
Gen 46:29 Joseph made ready his chariot, and went up to meet Israel, his father, in Goshen. He presented himself to him, and fell on his neck, and wept on his neck a good while.
Gen 46:30 Israel said to Joseph, "Now let me die, since I have seen your face, that you are still alive."
Gen 46:31 Joseph said to his brothers, and to his father's house, "I will go up, and speak with Pharaoh, and will tell him, 'My brothers, and my father's house, who were in the land of Canaan, have come to me.
Gen 46:32 These men are shepherds, for they have been keepers of livestock, and they have brought their flocks, and their herds, and all that they have.'
Gen 46:33 It will happen, when Pharaoh summons you, and will say, 'What is your occupation?'
Gen 46:34 that you shall say, 'Your servants have been keepers of livestock from our youth even until now, both we, and our fathers:' that you may dwell in the land of Goshen; for every shepherd is an abomination to the Egyptians."