I want to work with some questions concerning the importance of “correct views”. Must we choose between correct views and a life of warm righteousness? If a person has correct theological views but chooses to live unrighteously most of us would know where he is before God. If a person lives a life of warm generosity and uprightness should we say his theological views don’t matter before God?

Recently I’ve been reading quite a bit from an old writer called John Watson who laid great stress on character and righteous behaviour and he does such a good job that at times I’m tempted to think that doctrine is close to irrelevant. I need no convincing that correct doctrine if it’s combined with a self-chosen lousy lifestyle is more of a judgment than a blessing (see that in Romans 2:1-3:19).

If I had had to be away and needed someone to watch over my Ethel while I was gone I’d have to know that the one in whose care I’d leave her was someone of character as well as competence. I’d look for patience, compassion, gentleness and strength. I wouldn’t ask if they were amillennial or premillennial; I wouldn’t ask if they practiced a faith-baptism for the remission of sins or infant baptism; I wouldn’t inquire if they believed Jesus rose bodily from the dead or what their view of the atonement was. I wouldn’t even care if they were atheist or theist. In such a situation I would regard correct theology as irrelevant if I knew they had depth of character and would commit to taking care of my Ethel. I didn’t quiz the surgeons, cardiologists, GPs or anyone else on their theological positions when I agreed to them working to bring Ethel through a score of life-threatening experiences.

In short, there are times and circumstances in which theological convictions are completely irrelevant. They’re certainly no substitute for genuineness of character and a virtuous heart whether that virtue and moral fineness is found in a Christian, Buddhist or atheist.

So what are we to do? Dismiss theological truth entirely and insist that warm moral uprightness is everything?

All biblical and theological truth is surely meant to fully equip us to live so as to glorify God (2 Timothy 3:16-17) so we’re not to isolate it from life—that’s obvious enough. Theological convictions can be worthless if they don’t transform the inner world in some foundational way but are we right if we dismiss them as irrelevant? All right, it’s better to have theological truth along with a virtuous life but, in the end, is it a virtuous life that is indispensable—is theological correctness dispensable fine-tuning?

To put it bluntly: In regard to the care of my loved ones theological differences would mean nothing. What difference does it make to your relationship with God if you’re a Buddhist, a Jew or a Christian so long as your life is warm and decent and generous? If the answer is that it makes no difference at all then it isn’t only NT ordinances (like Baptism and Holy Communion) that become dispensable—more critical by far, foundational truths such as “Jesus is Lord” become dispensable.

The temptation to sideline truth is real and powerful. How often have I been mocked by a critic with a text from Jesus? “What do you more than others?” he wanted to know of his followers. He didn’t but he could as well have asked, “Why don’t you do as much as others?” Of uncovenanted people Paul asked (Romans 2:26-29 along with 2:14-15); “If those who are not circumcised keep the law’s requirements, will they not be regarded as though they were circumcised?” Here we have uncovenanted people (that is, people outside the Jewish covenantal Torah) living better than those who were children of the covenant.

[This ought to put an end to the claim that only the elect can live in warm righteousness that pleases God!]

Yes! But does the fact that some Gentiles outlived some Jews give us grounds for dismissing God-revealed truth to his covenant people as irrelevant to their standing before God? Because some non-Christians live better than some Christians, does that mean the truth of God revealed in and as Jesus Christ is dispensable? [To be continued, God enabling.] 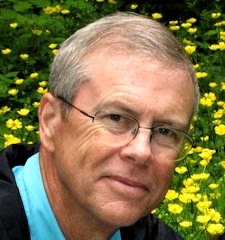 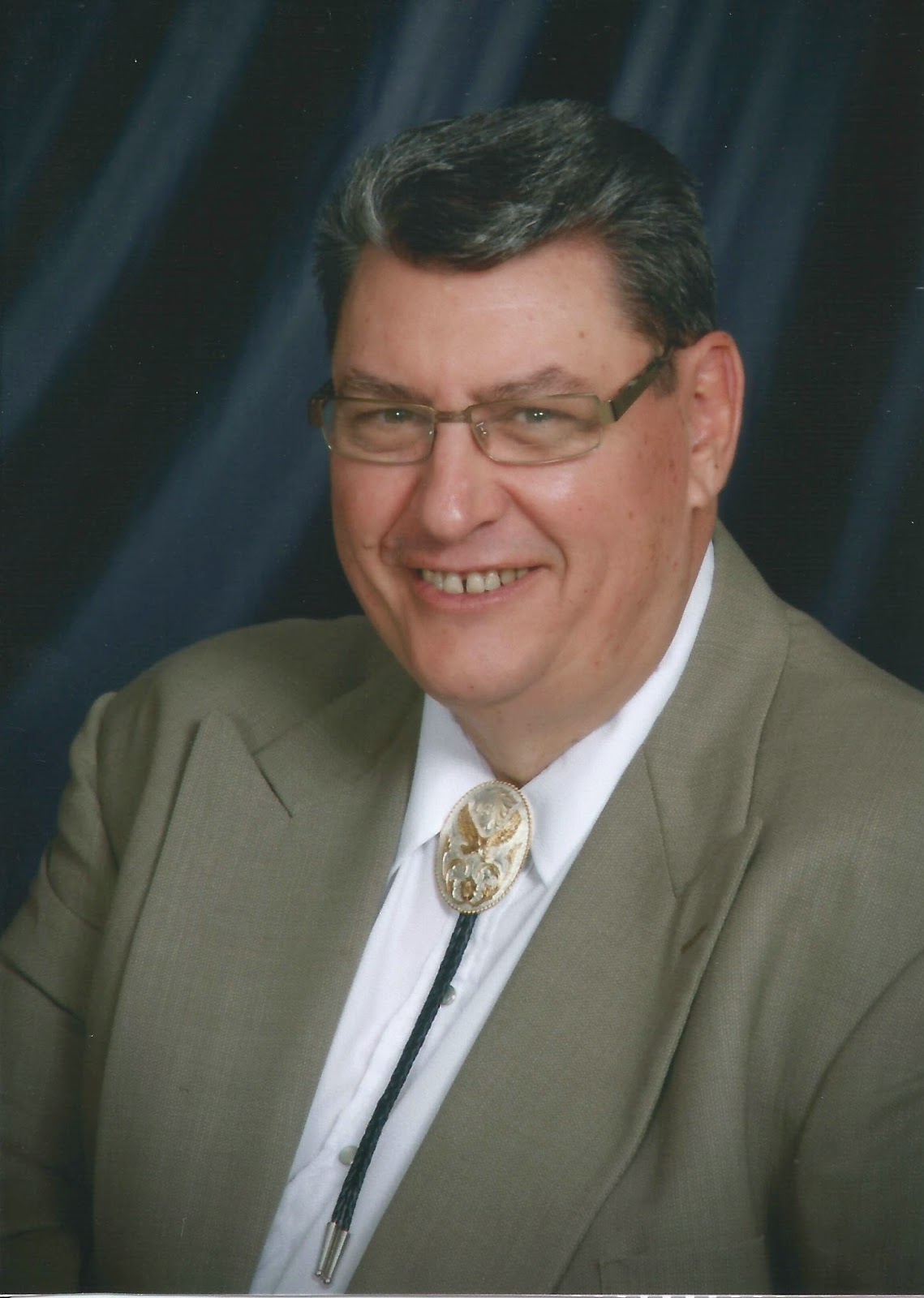 Exo 23:1 "You shall not spread a false report. Don't join your hand with the wicked to be a malicious witness.
Exo 23:2 You shall not follow a crowd to do evil; neither shall you testify in court to side with a multitude to pervert justice;
Exo 23:3 neither shall you favor a poor man in his cause.
Exo 23:4 "If you meet your enemy's ox or his donkey going astray, you shall surely bring it back to him again.
Exo 23:5 If you see the donkey of him who hates you fallen down under his burden, don't leave him, you shall surely help him with it.
Exo 23:6 "You shall not deny justice to your poor people in their lawsuits.
Exo 23:7 "Keep far from a false charge, and don't kill the innocent and righteous: for I will not justify the wicked.
Exo 23:8 "You shall take no bribe, for a bribe blinds those who have sight and perverts the words of the righteous.
Exo 23:9 "You shall not oppress an alien, for you know the heart of an alien, seeing you were aliens in the land of Egypt.
Exo 23:10 "For six years you shall sow your land, and shall gather in its increase,
Exo 23:11 but the seventh year you shall let it rest and lie fallow, that the poor of your people may eat; and what they leave the animal of the field shall eat. In like manner you shall deal with your vineyard and with your olive grove.
Exo 23:12 "Six days you shall do your work, and on the seventh day you shall rest, that your ox and your donkey may have rest, and the son of your handmaid, and the alien may be refreshed.
Exo 23:13 "Be careful to do all things that I have said to you; and don't invoke the name of other gods, neither let them be heard out of your mouth.
Exo 23:14 "You shall observe a feast to me three times a year.
Exo 23:15 You shall observe the feast of unleavened bread. Seven days you shall eat unleavened bread, as I commanded you, at the time appointed in the month Abib (for in it you came out from Egypt), and no one shall appear before me empty.
Exo 23:16 And the feast of harvest, the first fruits of your labors, which you sow in the field: and the feast of harvest, at the end of the year, when you gather in your labors out of the field.
Exo 23:17 Three times in the year all your males shall appear before the Lord Yahweh.
Exo 23:18 "You shall not offer the blood of my sacrifice with leavened bread, neither shall the fat of my feast remain all night until the morning.
Exo 23:19 The first of the first fruits of your ground you shall bring into the house of Yahweh your God. "You shall not boil a kid in its mother's milk.
Exo 23:20 "Behold, I send an angel before you, to keep you by the way, and to bring you into the place which I have prepared.
Exo 23:21 Pay attention to him, and listen to his voice. Don't provoke him, for he will not pardon your disobedience, for my name is in him.
Exo 23:22 But if you indeed listen to his voice, and do all that I speak, then I will be an enemy to your enemies, and an adversary to your adversaries.
Exo 23:23 For my angel shall go before you, and bring you in to the Amorite, the Hittite, the Perizzite, the Canaanite, the Hivite, and the Jebusite; and I will cut them off.
Exo 23:24 You shall not bow down to their gods, nor serve them, nor follow their practices, but you shall utterly overthrow them and demolish their pillars.
Exo 23:25 You shall serve Yahweh your God, and he will bless your bread and your water, and I will take sickness away from your midst.
Exo 23:26 No one will miscarry or be barren in your land. I will fulfill the number of your days.
Exo 23:27 I will send my terror before you, and will confuse all the people to whom you come, and I will make all your enemies turn their backs to you.
Exo 23:28 I will send the hornet before you, which will drive out the Hivite, the Canaanite, and the Hittite, from before you.
Exo 23:29 I will not drive them out from before you in one year, lest the land become desolate, and the animals of the field multiply against you.
Exo 23:30 Little by little I will drive them out from before you, until you have increased and inherit the land.
Exo 23:31 I will set your border from the Red Sea even to the sea of the Philistines, and from the wilderness to the River; for I will deliver the inhabitants of the land into your hand, and you shall drive them out before you.
Exo 23:32 You shall make no covenant with them, nor with their gods.
Exo 23:33 They shall not dwell in your land, lest they make you sin against me, for if you serve their gods, it will surely be a snare to you." 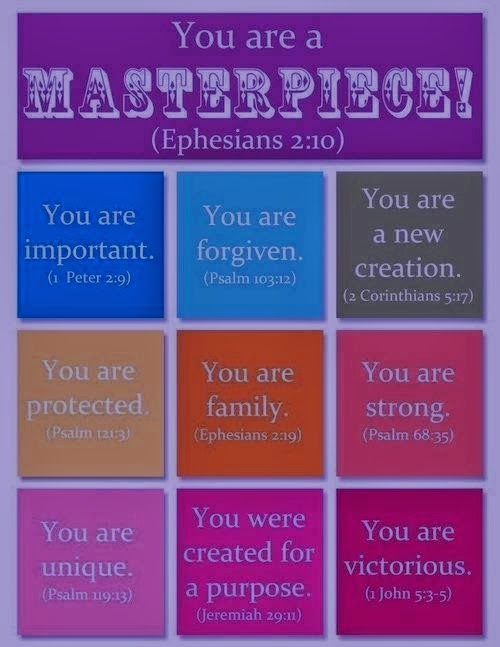 You are someone special because God made you, Jesus died for you and God's Holy Spirit intercedes with the Father for you. You are special!!!  Although each one of the boxes in the graphic above could have a paragraph devoted to it (probably, much, much more than that), I would just like to make a few brief comments concerning the top one...

Ephesians, Chapter 2
10 For we are his workmanship, created in Christ Jesus for good works, which God prepared before that we would walk in them.

I really like the idea that we are "living poems".  Our lives flow with beauty and elegance that is a reflection of God's physical creation as well as HIS Spiritual creation within us through HIS word. Our poem has a purpose- good works, and that designed by the Almighty for HIS OWN PURPOSES. And we should do (walk in) them.   You know, I never really thought of God as a master poet before and I bet that his works don't even need to rhyme- they probably sound wonderful anyway!!!