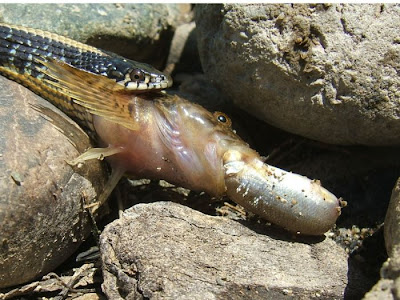 Its a dog eat dog world out there; OK, I know you have heard that one before but nevertheless I think it fits the picture. What is unusual here is that it is happening so quickly that two "lunches" are happening simultaneously. In 1979 I remember graduating from preaching school and leaving New York for my first church in Delaware. It wasn't long before I began to understand that my concepts of what church should be and the reality of real life situations were not the same. In every church where I ministered there were always problems and that should have been no surprise, but hey, I was only 29 and full of idealism. With that in mind, I thought you might find this passage interesting.
Galatians 5:1-18 (WEB)
1) Stand firm therefore in the liberty by which Christ has made us free, and don’t be entangled again with a yoke of bondage.
2) Behold, I, Paul, tell you that if you receive circumcision, Christ will profit you nothing.
3) Yes, I testify again to every man who receives circumcision, that he is a debtor to do the whole law.
4) You are alienated from Christ, you who desire to be justified by the law. You have fallen away from grace.
5) For we, through the Spirit, by faith wait for the hope of righteousness.
6) For in Christ Jesus neither circumcision amounts to anything, nor uncircumcision, but faith working through love.
7) You were running well! Who interfered with you that you should not obey the truth?
8) This persuasion is not from him who calls you.
9) A little yeast grows through the whole lump.
10) I have confidence toward you in the Lord that you will think no other way. But he who troubles you will bear his judgment, whoever he is.
11) But I, brothers, if I still preach circumcision, why am I still persecuted? Then the stumbling block of the cross has been removed.
12) I wish that those who disturb you would cut themselves off.
13) For you, brothers, were called for freedom. Only don’t use your freedom for gain to the flesh, but through love be servants to one another.
14) For the whole law is fulfilled in one word, in this: “You shall love your neighbor as yourself.”
15) But if you bite and devour one another, be careful that you don’t consume one another.
16) But I say, walk by the Spirit, and you won’t fulfill the lust of the flesh.
17) For the flesh lusts against the Spirit, and the Spirit against the flesh; and these are contrary to one another, that you may not do the things that you desire.
18) But if you are led by the Spirit, you are not under the law.
(Galatians 5:1-18, WEB)

Love, true love, means new rules. It means living a different life; one based not only on your interests (your well-being), but on that of others. The Galatians, and in fact most churches need to learn this. Life within the church is not to be a dog-eat-dog environment, but rather one based on love, rather than on rules. I really like the saying: Love God and do what you like. To me it says we have great freedom and very few rules. Except perhaps that small little thing called love. I have been trying to get that one really right for decades and frankly I am still working on it. One last thought: if you waited a few minutes and then slaughtered the snake, would you be eating snake or a combination food. After you devour the first bite you might know...
Email ThisBlogThis!Share to TwitterShare to FacebookShare to Pinterest 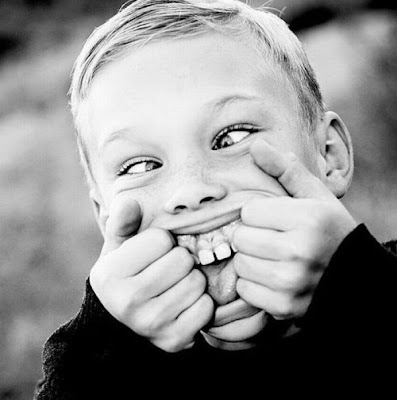 If one of your children does this, get them to STOP, NOW! Most of us would look at this youngster and one word would probably come to mind... Why? What the purpose? Perhaps its just the mindless antics of youth, but ask yourself, what if an adult did this? What if a grown-up did something outrageous, and did it just to get your attention? Consider this chapter from the New Testament and think about it a bit.
2 Corinthians 11:1-33 (WEB)
1) I wish that you would bear with me in a little foolishness, but indeed you do bear with me.
2) For I am jealous over you with a godly jealousy. For I married you to one husband, that I might present you as a pure virgin to Christ.
3) But I am afraid that somehow, as the serpent deceived Eve in his craftiness, so your minds might be corrupted from the simplicity that is in Christ.
4) For if he who comes preaches another Jesus, whom we did not preach, or if you receive a different spirit, which you did not receive, or a different “good news”, which you did not accept, you put up with that well enough.
5) For I reckon that I am not at all behind the very best apostles.
6) But though I am unskilled in speech, yet I am not unskilled in knowledge. No, in every way we have been revealed to you in all things.
7) Or did I commit a sin in humbling myself that you might be exalted, because I preached to you God’s Good News free of charge?
8) I robbed other assemblies, taking wages from them that I might serve you.
9) When I was present with you and was in need, I wasn’t a burden on anyone, for the brothers, when they came from Macedonia, supplied the measure of my need. In everything I kept myself from being burdensome to you, and I will continue to do so.
10) As the truth of Christ is in me, no one will stop me from this boasting in the regions of Achaia.
11) Why? Because I don’t love you? God knows.
12) But what I do, that I will do, that I may cut off occasion from them that desire an occasion, that in which they boast, they may be found even as we.
13) For such men are false apostles, deceitful workers, masquerading as Christ’s apostles.
14) And no wonder, for even Satan masquerades as an angel of light.
15) It is no great thing therefore if his servants also masquerade as servants of righteousness, whose end will be according to their works.
16) I say again, let no one think me foolish. But if so, yet receive me as foolish, that I also may boast a little.
17) That which I speak, I don’t speak according to the Lord, but as in foolishness, in this confidence of boasting.
18) Seeing that many boast after the flesh, I will also boast.
19) For you bear with the foolish gladly, being wise.
20) For you bear with a man, if he brings you into bondage, if he devours you, if he takes you captive, if he exalts himself, if he strikes you on the face.
21) I speak by way of disparagement, as though we had been weak. Yet however any is bold (I speak in foolishness), I am bold also.
22) Are they Hebrews? So am I. Are they Israelites? So am I. Are they the seed of Abraham? So am I.
23) Are they servants of Christ? (I speak as one beside himself) I am more so; in labors more abundantly, in prisons more abundantly, in stripes above measure, in deaths often.
24) Five times from the Jews I received forty stripes minus one.
25) Three times I was beaten with rods. Once I was stoned. Three times I suffered shipwreck. I have been a night and a day in the deep.
26) I have been in travels often, perils of rivers, perils of robbers, perils from my countrymen, perils from the Gentiles, perils in the city, perils in the wilderness, perils in the sea, perils among false brothers;
27) in labor and travail, in watchings often, in hunger and thirst, in fastings often, and in cold and nakedness.
28) Besides those things that are outside, there is that which presses on me daily, anxiety for all the assemblies.
29) Who is weak, and I am not weak? Who is caused to stumble, and I don’t burn with indignation?
30) If I must boast, I will boast of the things that concern my weakness.
31) The God and Father of the Lord Jesus Christ, he who is blessed forevermore, knows that I don’t lie.
32) In Damascus the governor under King Aretas guarded the city of the Damascenes desiring to arrest me.
33) Through a window I was let down in a basket by the wall, and escaped his hands.
(2 Corinthians 11:1-33, WEB)

This is the SECOND letter to Corinth; and it differs greatly from the first. I have always liked this one better, because of its more personal nature. Paul writes to them with his heart first and his great intellect second. Exaggeration, plays on words and examples that show the foolishness of their folly all have one goal; that is, to make them realize that they need to LISTEN to Paul. Sometimes it takes something bordering on the ridiculous to prod us into doing something different. I hope they listened. The boy in the picture must have had some reason for making this face and frankly I don't couldn't even guess the reason for it. However, it did get my attention and maybe that was the point after all.
Email ThisBlogThis!Share to TwitterShare to FacebookShare to Pinterest
Newer Posts Older Posts Home
Subscribe to: Posts (Atom)