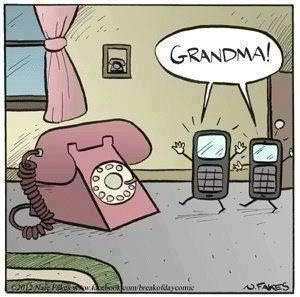 This picture reminded me of Mother's day (as if I needed any reminding) and its "cute" factor is way up there.  Some mom's (and Grand-Mom's are excellent; others, well, not so much.  But, face it- we wouldn't be here without them.  In thinking about mom's, I naturally thought of this chapter from the book of Proverbs...


1 The words of king Lemuel; the oracle which his mother taught him.
2 “Oh, my son!
Oh, son of my womb!
Oh, son of my vows!
3 Don’t give your strength to women,
nor your ways to that which destroys kings.
4 It is not for kings, Lemuel;
it is not for kings to drink wine;
nor for princes to say, ‘Where is strong drink?’
5 lest they drink, and forget the law,
and pervert the justice due to anyone who is afflicted.
6 Give strong drink to him who is ready to perish;
and wine to the bitter in soul:
7 Let him drink, and forget his poverty,
and remember his misery no more.
8 Open your mouth for the mute,
in the cause of all who are left desolate.
9 Open your mouth, judge righteously,
and serve justice to the poor and needy.”

10 Who can find a worthy woman?
For her price is far above rubies.
11 The heart of her husband trusts in her.
He shall have no lack of gain.
12 She does him good, and not harm,
all the days of her life.
13 She seeks wool and flax,
and works eagerly with her hands.
14 She is like the merchant ships.
She brings her bread from afar.
15 She rises also while it is yet night,
gives food to her household,
and portions for her servant girls.
16 She considers a field, and buys it.
With the fruit of her hands, she plants a vineyard.
17 She arms her waist with strength,
and makes her arms strong.
18 She perceives that her merchandise is profitable.
Her lamp doesn’t go out by night.
19 She lays her hands to the distaff,
and her hands hold the spindle.
20 She opens her arms to the poor;
yes, she extends her hands to the needy.
21 She is not afraid of the snow for her household;
for all her household are clothed with scarlet.
22 She makes for herself carpets of tapestry.
Her clothing is fine linen and purple.
23 Her husband is respected in the gates,
when he sits among the elders of the land.
24 She makes linen garments and sells them,
and delivers sashes to the merchant.
25 Strength and dignity are her clothing.
She laughs at the time to come.
26 She opens her mouth with wisdom.
Faithful instruction is on her tongue.
27 She looks well to the ways of her household,
and doesn’t eat the bread of idleness.
28 Her children rise up and call her blessed.
Her husband also praises her:
29 “Many women do noble things,
but you excel them all.”
30 Charm is deceitful, and beauty is vain;
but a woman who fears Yahweh, she shall be praised.
31 Give her of the fruit of her hands!
Let her works praise her in the gates!

This level of perfection reminds me of that old commercial  where a very attractive Woman says something like: I can bring home the bacon n' fry it up in a pan- an never ever let you forget you are a man-- because I am a W-O-M-A-N... .  Well, I think most women can not fulfill all Lemuel's mother's requirements, or be an equal to the "bacon frying" woman of the 70's, but almost every GRAND-MOM seems that way to her grand-kids!!!  Fact is- whatever their capabilities, THANK GOD FOR THE WEAKER SEX!!!  Their role in society is absolutely necessary and to be praised as often as possible!!!  Even those with a shape like a rotary phone!!!!

From Mark Copeland... Who Do You Say That Jesus Is? 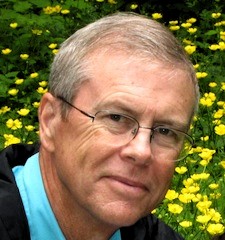