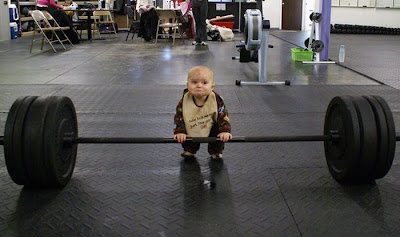 If at first you don't succeed...

Perhaps he is a tad optimistic... However, if you do not try, you do not succeed!!!  having said that, click on the link.  Those kids had all sorts of things happen to them: falling over, getting hit with something, tripping,etc... We must all acknowledge we fail sometimes.  We pick ourselves up and try again, but sometimes we need help.  If you are trying to live the Christian life, you WILL NEED HELP!!!  I like what Paul has to say in the last chapter of Galatians...

Galatians, Chapter 6
1 Brothers, even if a man is caught in some fault, you who are spiritual must restore such a one in a spirit of gentleness; looking to yourself so that you also aren’t tempted.  2 Bear one another’s burdens, and so fulfill the law of Christ.  3 For if a man thinks himself to be something when he is nothing, he deceives himself.  4 But let each man test his own work, and then he will take pride in himself and not in his neighbor.  5 For each man will bear his own burden.  6 But let him who is taught in the word share all good things with him who teaches.  7 Don’t be deceived. God is not mocked, for whatever a man sows, that he will also reap.  8 For he who sows to his own flesh will from the flesh reap corruption. But he who sows to the Spirit will from the Spirit reap eternal life.  9 Let us not be weary in doing good, for we will reap in due season, if we don’t give up.  10 So then, as we have opportunity, let’s do what is good toward all men, and especially toward those who are of the household of the faith.

Great Christians are not born that way; they are the result of a lifetime of disciple, prayer and a great amount of help from God and their fellow Christians.  I don't know if that young man in the picture will ever pick up the barbell, but, maybe after 20 or so years... anything is possible!!!!  So, if you start off the new year with problems in your spiritual life- keep trying, God isn't finished with you yet!!!
Email ThisBlogThis!Share to TwitterShare to FacebookShare to Pinterest

You have read the ENTIRE BIBLE!

Spend some time in prayer,

thanking God for this blessing!!!
Email ThisBlogThis!Share to TwitterShare to FacebookShare to Pinterest