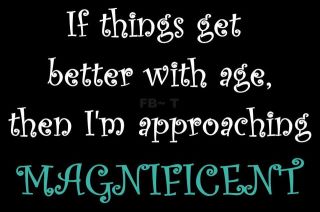 In the early 80's, I worked for a commercial laundry in Johnstown, New York as a route driver.  I regularly drove 120+ miles a day on my route covering Albany, Schenectady and Troy and sometimes would work 12 or 14 hours a day (when everyone sent in their furs to be cleaned).  While working there, I knew a man named Lamson Shepherd who was in his seventies and would work even longer hours than I did.  What a man!!!  He had a zest for life that I have yet to see in anyone else at that age.  More than that he was one of the most enthusiastic people I have ever met.  It was very hard NOT to like him.  He was an inspiration for us all!!!  This selection from the old testament mentions one of my all time favorite people and he is a person WORTH REMEMBERING!!!
WEB: Joshua Chapter 14

[6] Then the children of Judah drew near to Joshua in Gilgal. Caleb the son of Jephunneh the Kenizzite said to him, “You know the thing that Yahweh spoke to Moses the man of God concerning me and concerning you in Kadesh Barnea. [7] I was forty years old when Moses the servant of Yahweh sent me from Kadesh Barnea to spy out the land. I brought him word again as it was in my heart. [8] Nevertheless, my brothers who went up with me made the heart of the people melt; but I wholly followed Yahweh my God. [9] Moses swore on that day, saying, ‘Surely the land where you walked shall be an inheritance to you and to your children forever, because you have wholly followed Yahweh my God.’

[10] “Now, behold, Yahweh has kept me alive, as he spoke, these forty-five years, from the time that Yahweh spoke this word to Moses, while Israel walked in the wilderness. Now, behold, I am eighty-five years old, today. [11] As yet I am as strong today as I was in the day that Moses sent me: as my strength was then, even so is my strength now for war, to go out and to come in. [12] Now therefore give me this hill country, of which Yahweh spoke in that day; for you heard in that day how the Anakim were there, and great and fortified cities. It may be that Yahweh will be with me, and I shall drive them out, as Yahweh spoke.”

[13] Joshua blessed him; and he gave Hebron to Caleb the son of Jephunneh for an inheritance. [14] Therefore Hebron became the inheritance of Caleb the son of Jephunneh the Kenizzite to this day; because he wholly followed Yahweh, the God of Israel.
Who says that "old people" can't do anything?  Caleb was living proof that they can!!!  Caleb saw the possibilities of the promised land and even though he was "old" when he saw the promised land a second time, that didn't deter him one bit.  He had a winning attitude and that is half the battle!  He took Hebron and lived to a ripe old age.  Who knows how much time God will give us on this Earth? Sixty, seventy, perhaps even eighty or more years, but whatever time we are given, we should live our live to the fullest and consider each day to be MAGNIFICENT!!! If we have faith like Caleb, then, someday who knows... MAGNIFICENT, here I come!!!!!!
Email ThisBlogThis!Share to TwitterShare to FacebookShare to Pinterest
Newer Posts Older Posts Home
Subscribe to: Posts (Atom)