The clock on the wall or the one in my head 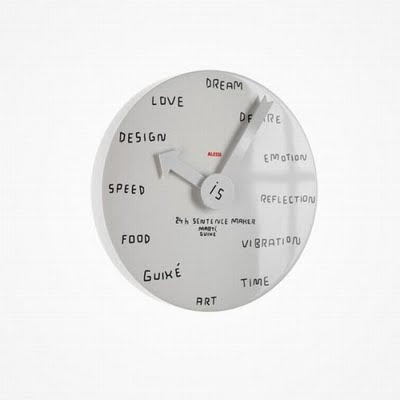 Being retired is different from working.  During my working years, everything was filled with discrete deadlines.  There was an exact TIME to get up, (alarm clock) a time to listen to the news, (on the hour, via my car radio) a time to start work, (a punch in clock) and a time to go home, (the mill whistle).  Oh, sometimes a random clock would go off, (one of the babies would need changing) but most of the time life was one alarm after another, day after day after day.  After awhile, life became a machine existence.  But, now things are different!  I still have things that need to be done, but they are more generic, like I need to eat or sleep... things like that.  If you live, time is important to you and here is why...
Colossians 4:2-6 (WEB)
2) Continue steadfastly in prayer, watching therein with thanksgiving;
3) praying together for us also, that God may open to us a door for the word, to speak the mystery of Christ, for which I am also in bonds;
4) that I may reveal it as I ought to speak.
5) Walk in wisdom toward those who are outside, redeeming the time.
6) Let your speech always be with grace, seasoned with salt, that you may know how you ought to answer each one.
We only have so much time and whether retired or not and need to realize that no matter what your goals are, God's are bigger.  We have a responsibility to reach out to others when they are receptive, when they have time, when the time seems appropriate.  And do it carefully.  So, no matter what is on your agenda today and no matter how specific your deadlines, remember God first through prayer and always be ready to insert time for reaching out to others; you may only get ONE chance.  Lets just hope their clock and yours can mesh.  By the way, check out the interesting combinations of the hour and minute hands on the picture above... hummmm!!!  I just wish I knew what 7pm meant.
Email ThisBlogThis!Share to TwitterShare to FacebookShare to Pinterest


Job 3:1 After this Job opened his mouth, and cursed the day of his birth.
Job 3:2 Job answered:
Job 3:3 "Let the day perish in which I was born, the night which said, 'There is a boy conceived.'
Job 3:4 Let that day be darkness. Don't let God from above seek for it, neither let the light shine on it.
Job 3:5 Let darkness and the shadow of death claim it for their own. Let a cloud dwell on it. Let all that makes black the day terrify it.
Job 3:6 As for that night, let thick darkness seize on it. Let it not rejoice among the days of the year. Let it not come into the number of the months.
Job 3:7 Behold, let that night be barren. Let no joyful voice come therein.
Job 3:8 Let them curse it who curse the day, who are ready to rouse up leviathan.
Job 3:9 Let the stars of its twilight be dark. Let it look for light, but have none, neither let it see the eyelids of the morning,
Job 3:10 because it didn't shut up the doors of my mother's womb, nor did it hide trouble from my eyes.
Job 3:11 "Why didn't I die from the womb? Why didn't I give up the spirit when my mother bore me?
Job 3:12 Why did the knees receive me? Or why the breast, that I should suck?
Job 3:13 For now should I have lain down and been quiet. I should have slept, then I would have been at rest,
Job 3:14 with kings and counselors of the earth, who built up waste places for themselves;
Job 3:15 or with princes who had gold, who filled their houses with silver:
Job 3:16 or as a hidden untimely birth I had not been, as infants who never saw light.
Job 3:17 There the wicked cease from troubling. There the weary are at rest.
Job 3:18 There the prisoners are at ease together. They don't hear the voice of the taskmaster.
Job 3:19 The small and the great are there. The servant is free from his master.
Job 3:20 "Why is light given to him who is in misery, life to the bitter in soul,
Job 3:21 Who long for death, but it doesn't come; and dig for it more than for hidden treasures,
Job 3:22 who rejoice exceedingly, and are glad, when they can find the grave?
Job 3:23 Why is light given to a man whose way is hid, whom God has hedged in?
Job 3:24 For my sighing comes before I eat. My groanings are poured out like water.
Job 3:25 For the thing which I fear comes on me, That which I am afraid of comes to me.
Job 3:26 I am not at ease, neither am I quiet, neither have I rest; but trouble comes."
Job 4:1 Then Eliphaz the Temanite answered,
Job 4:2 "If someone ventures to talk with you, will you be grieved? But who can withhold himself from speaking?
Job 4:3 Behold, you have instructed many, you have strengthened the weak hands.
Job 4:4 Your words have supported him who was falling, You have made firm the feeble knees.
Job 4:5 But now it is come to you, and you faint. It touches you, and you are troubled.
Job 4:6 Isn't your piety your confidence? Isn't the integrity of your ways your hope?
Job 4:7 "Remember, now, whoever perished, being innocent? Or where were the upright cut off?
Job 4:8 According to what I have seen, those who plow iniquity, and sow trouble, reap the same.
Job 4:9 By the breath of God they perish. By the blast of his anger are they consumed.
Job 4:10 The roaring of the lion, and the voice of the fierce lion, the teeth of the young lions, are broken.
Job 4:11 The old lion perishes for lack of prey. The cubs of the lioness are scattered abroad.
Job 4:12 "Now a thing was secretly brought to me. My ear received a whisper of it.
Job 4:13 In thoughts from the visions of the night, when deep sleep falls on men,
Job 4:14 fear came on me, and trembling, which made all my bones shake.
Job 4:15 Then a spirit passed before my face. The hair of my flesh stood up.
Job 4:16 It stood still, but I couldn't discern its appearance. A form was before my eyes. Silence, then I heard a voice, saying,
Job 4:17 'Shall mortal man be more just than God? Shall a man be more pure than his Maker?
Job 4:18 Behold, he puts no trust in his servants. He charges his angels with error.
Job 4:19 How much more, those who dwell in houses of clay, whose foundation is in the dust, who are crushed before the moth!
Job 4:20 Between morning and evening they are destroyed. They perish forever without any regarding it.
Job 4:21 Isn't their tent cord plucked up within them? They die, and that without wisdom.'