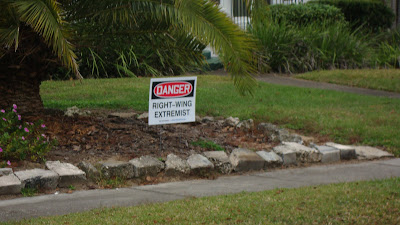 Yesterday I took two of my grandchildren on a photo shoot. We chose random places to stop and took some pictures. Most of the pictures I took I had been thinking about for some time, but not this one. We stopped at the park in Dade City and to my surprise there was this unusual sign. I liked it because it was very straightforward and to the point, which reminded me of one of my favorite verses in the Bible.


Joshua 24:15 WEB (R)
(15) If it seems evil to you to serve Yahweh, choose this day whom you will serve; whether the gods which your fathers served that were beyond the River, or the gods of the Amorites, in whose land you dwell: but as for me and my house, we will serve Yahweh."


Joshua was a man of faith and that took him from Egypt into the promised land. He led the people in their conquest over the seven wicked nations and stands out because of his vision, courage and determination. OH, that American would have more like him; men and women of faith who will stand up and be counted for what they believe! They are out there, we just have to look for them. Sometimes you don't even need a sign to spot one! Hooray!
Email ThisBlogThis!Share to TwitterShare to FacebookShare to Pinterest
Newer Posts Older Posts Home
Subscribe to: Posts (Atom)