A different kind of measuring device 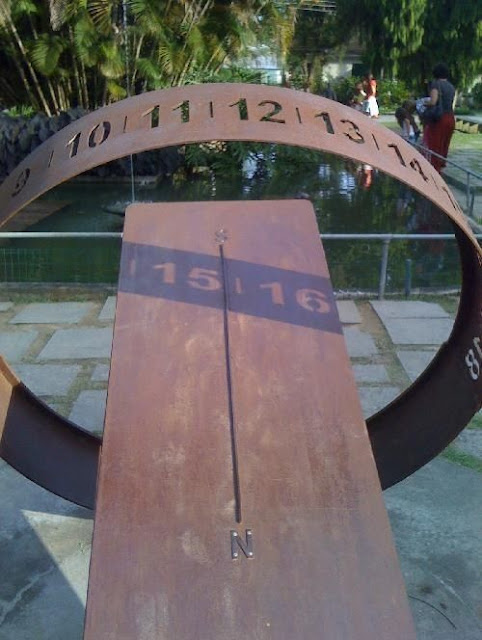 Click on the above link to listen to the "Byrds"

Sundials are a very old invention.  Here are a few examples...

I was a little curious about sundials and found the following on the net...

All this started with the very unusual picture of a sundial at the top of this page and the haunting memory of the Byrds singing "Turn, Turn, Turn" from the late sixties.  Of course their lyrics would naturally remind most people of the first eight verses of Ecclesiastes chapter three, but it also reminded me of 1 Thessalonians as well...

1 Thessalonians, Chapter 5
1 But concerning the times and the seasons, brothers, you have no need that anything be written to you.  2 For you yourselves know well that the day of the Lord comes like a thief in the night.  3 For when they are saying, “Peace and safety,” then sudden destruction will come on them, like birth pains on a pregnant woman; and they will in no way escape.  4 But you, brothers, aren’t in darkness, that the day should overtake you like a thief. 5 You are all children of light, and children of the day. We don’t belong to the night, nor to darkness,  6 so then let’s not sleep, as the rest do, but let’s watch and be sober.  7 For those who sleep, sleep in the night, and those who are drunk are drunk in the night.  8 But let us, since we belong to the day, be sober, putting on the breastplate of faith and love, and, for a helmet, the hope of salvation.  9 For God didn’t appoint us to wrath, but to the obtaining of salvation through our Lord Jesus Christ,  10 who died for us, that, whether we wake or sleep, we should live together with him.  11 Therefore exhort one another, and build each other up, even as you also do.

That there is a time for everything is obvious, but what most people don't enjoy contemplating is judgment.  Philosophical concepts are fascinating, but when it gets "personal", well, that is different!!!  There will come a time when we all will have to answer for what we do and its not an "if", but a "when".  Want to know what time it is?  Don't even think of looking at a watch or a clock or even a sundial.  Instead, take a moment and think about how you are living your life.  If you can't say you are living as a Christian-- its time to change things.