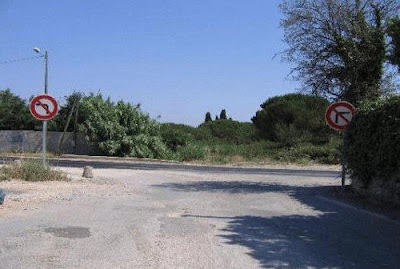 Sometimes in life we really don't know what to do next. Its right about that time we experience a sinking feeling and we just shrug our shoulders. This situation reminds me of the tales of Commander McBragg. He would be faced with an impossible situation and escape by the skin of his teeth and always there was a pun at the end of it all. The Apostle Paul experienced something like this and escaped in an extraordinary way; read this passage from the book of Acts to find out!
Act 9:20 And immediately he proclaimed Jesus in the synagogues, saying, "He is the Son of God."
Act 9:21 And all who heard him were amazed and said, "Is not this the man who made havoc in Jerusalem of those who called upon this name? And has he not come here for this purpose, to bring them bound before the chief priests?"
Act 9:22 But Saul increased all the more in strength, and confounded the Jews who lived in Damascus by proving that Jesus was the Christ.
Act 9:23 When many days had passed, the Jews plotted to kill him,
Act 9:24 but their plot became known to Saul. They were watching the gates day and night in order to kill him,
Act 9:25 but his disciples took him by night and let him down through an opening in the wall, lowering him in a basket.
English Standard Version
When you do things, there are always consequences; some good and some, well, less than good. Paul had a reputation for opposing Christians and his proclamation that Jesus was the Christ of God must have taken people by surprise at first, but after a while hatred set in and evil was on their mind. He didn't really have a way out because the Jews were watching the exits, but he did the unexpected and escaped by a basket. That must have really been a surprise to the Jews a second time, for who would have ever thought that Paul was a basket case. By the way, in case you are wondering how to "escape" in the picture.... the answer is .... put the car into reverse, but make sure you look in the mirror lest someone mistake you FOR A BASKET CASE!
Email ThisBlogThis!Share to TwitterShare to FacebookShare to Pinterest
Newer Posts Older Posts Home
Subscribe to: Posts (Atom)