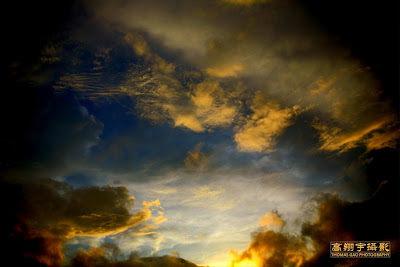 This picture sort of describes my current situation. The storm happened and now the clouds seem to be clearing (I think). Hopefully, this post will be OK and the new, simplified blogsite will be better. These computer problems made me think of a passage in the book of Romans.

Romans 8:28 Complete Apostles' Bible
(28) And we know that all things work together for good to those who love God, to those who are called according to His purpose.


So, maybe everything will work out fine. I just don't understand the "why" yet.
Email ThisBlogThis!Share to TwitterShare to FacebookShare to Pinterest 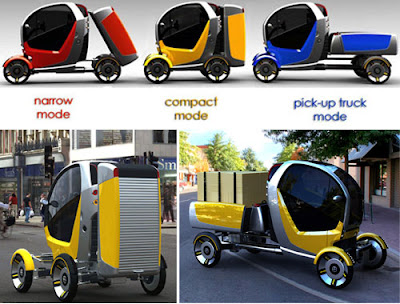 And you thought transformers were only in the movies; well, here is a real one. Transformers have been around for years, we just called them by a different name... convertibles. The concept of taking something and making it something else is found in the Bible too. John tells us...
John 2:1-11 Complete Apostles' Bible
(1) And on the third day there was a wedding in Cana of Galilee, and the mother of Jesus was there.
(2) Now both Jesus and His disciples were invited to the wedding.
(3) And when the wine had given out, the mother of Jesus said to Him, "They have no wine."
(4) Jesus said to her, "Woman, what have I to do with you? My hour has not yet come."
(5) His mother said to the servants, "Whatever He may say to you, do."
(6) Now there were six stone water jars standing there, according to the purification rites of the Jews, each holding two or three measures.
(7) Jesus said to them, "Fill the water jars with water." And they filled them up to the top.
(8) And He said to them, "Draw out now, and carry some to the head steward." And they carried it.
(9) Now when the head steward tasted the water which had become wine, and did not know where it came from (but the servants who had drawn the water knew), the head steward called the bridegroom
(10) and said to him, "Every man first sets out the good wine, and when they have well drunk, then the inferior. You have kept the good wine until now!"
(11) This beginning of the signs Jesus did in Cana of Galilee, and manifested His glory; and His disciples believed in Him.
the difference between the wine mentioned in John chapter 2 and either "transformers" or convertibles is that Jesus fundamentally transformed water into something new... wine. He did this by his innate power, not clever manipulation. He wasn't showing off, for the text says his mother suggested that he do this. Small thought here... I wonder how she knew to ask Jesus?? The only thing I can think of is that she had seen him do such things before in private. So, we have a new view of Jesus, from a mere man into something more, something both miraculous and amazing at the same time. That new appreciation of who Jesus is will transform even the hardest heart, but first we have to really look in order to really see. When we do this, our lives will never really be the same again; zap, YOU ARE TRANSFORMED!!!
Email ThisBlogThis!Share to TwitterShare to FacebookShare to Pinterest
Newer Posts Older Posts Home
Subscribe to: Posts (Atom)