From Gary V. Womack...Casting All Your Cares on Him

Casting All Your Cares on Him
A sermon on "worry"

Lk. 10:38-ff Martha worried about serving her guest (without Mary's help) Sometimes we fail to weigh what is truly important in our lives.

Lk. 12:13-15 Someone worried about getting their share of an inheritance
Think how many families have suffered ill feelings over such as this.

Lk. 12:16-21 Parable of the rich fool. He worried about his abundance
Misplaced values can cause worry and loss of focus on the important.

Lk. 12:22-31 No need for worry about necessities. God takes care of us.
Take the time to look at the birds & remember God's promise.

Ex. 16:1-3 Israel began to murmur. They were worried about food.
Worry leads to unthankfulness, which leads to complaining.

Heb. 13:5-6 Learn to be content by knowing that God will not forsake you.
God never abandons His children like some human fathers do.

Phil. 4:6-9 Don't worry about anything, but PRAY
Instead of worrying, meditate on the good and do His will.

1 Pet. 5:6-7 "Therefore humble yourselves under the mighty hand of God, that He may exalt you in due time, (7) casting all your care upon Him, for He cares for you.

Look beyond the troubles of the day - to relief from all that causes tears.

God has invited us to be with Him in heaven later, by following Him now.

From Gary... That one thing 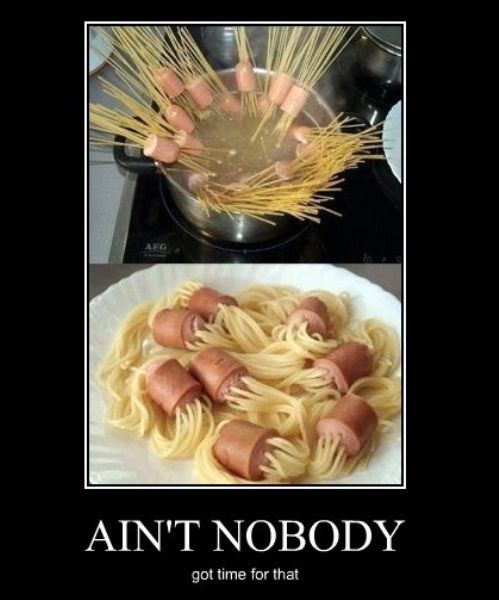 Hot dogs with spaghetti inside them? How strange is that?  I think most people would not want this for supper (or any other meal); well, not quite everyone- How about Sheldon Cooper, PhD.?  Would HE like this? Perhaps, but wait; it is missing something... Which reminds me of an encounter Jesus had with someone in the New Testament...


18  A certain ruler asked him, saying, “Good Teacher, what shall I do to inherit eternal life?”

21  He said, “I have observed all these things from my youth up.”

22  When Jesus heard these things, he said to him, “You still lack one thing. Sell all that you have, and distribute it to the poor. You will have treasure in heaven. Come, follow me.”

23  But when he heard these things, he became very sad, for he was very rich.

From the way this "ruler" talked, he seems like someone who is a religious person.  He tried to follow God, but Jesus knew his heart.  And that heart loved riches more than all his professed love for the Almighty.  But, although this exchange may seem strange to us, in reality it is fairly common.  Think about how many people you know who work and work and work- and for what? More and More and More MONEY!!!  Now, I am not saying they are "BAD" people, but they lack something.  That something is loving God more than possessions.  Yet, there is hope, because verse 27 says there is.  We all have things pressuring us to put God in "second place";  and this is our something lacking!!!  Besides God, YOU are the only one who really knows what your heart is like- so pray about this, work on it- remember, there IS HOPE (WITH GOD)!!!  And, as usual, I forgot the picture at the top-- Sheldon Cooper, PhD. likes ketchup on his Texas spaghetti, doesn't he???  I wonder what your missing ingredient is????
Email ThisBlogThis!Share to TwitterShare to FacebookShare to Pinterest

Exo 24:1 He said to Moses, "Come up to Yahweh, you, and Aaron, Nadab, and Abihu, and seventy of the elders of Israel; and worship from a distance.
Exo 24:2 Moses alone shall come near to Yahweh, but they shall not come near, neither shall the people go up with him."
Exo 24:3 Moses came and told the people all the words of Yahweh, and all the ordinances; and all the people answered with one voice, and said, "All the words which Yahweh has spoken will we do."
Exo 24:4 Moses wrote all the words of Yahweh, and rose up early in the morning, and built an altar under the mountain, and twelve pillars for the twelve tribes of Israel.
Exo 24:5 He sent young men of the children of Israel, who offered burnt offerings and sacrificed peace offerings of cattle to Yahweh.
Exo 24:6 Moses took half of the blood and put it in basins, and half of the blood he sprinkled on the altar.
Exo 24:7 He took the book of the covenant and read it in the hearing of the people, and they said, "All that Yahweh has spoken will we do, and be obedient."
Exo 24:8 Moses took the blood, and sprinkled it on the people, and said, "Look, this is the blood of the covenant, which Yahweh has made with you concerning all these words."
Exo 24:9 Then Moses, Aaron, Nadab, Abihu, and seventy of the elders of Israel went up.
Exo 24:10 They saw the God of Israel. Under his feet was like a paved work of sapphire stone, like the skies for clearness.
Exo 24:11 He didn't lay his hand on the nobles of the children of Israel. They saw God, and ate and drank.
Exo 24:12 Yahweh said to Moses, "Come up to me on the mountain, and stay here, and I will give you the tables of stone with the law and the commands that I have written, that you may teach them."
Exo 24:13 Moses rose up with Joshua, his servant, and Moses went up onto God's Mountain.
Exo 24:14 He said to the elders, "Wait here for us, until we come again to you. Behold, Aaron and Hur are with you. Whoever is involved in a dispute can go to them."
Exo 24:15 Moses went up on the mountain, and the cloud covered the mountain.
Exo 24:16 The glory of Yahweh settled on Mount Sinai, and the cloud covered it six days. The seventh day he called to Moses out of the midst of the cloud.
Exo 24:17 The appearance of the glory of Yahweh was like devouring fire on the top of the mountain in the eyes of the children of Israel.
Exo 24:18 Moses entered into the midst of the cloud, and went up on the mountain; and Moses was on the mountain forty days and forty nights.
Email ThisBlogThis!Share to TwitterShare to FacebookShare to Pinterest

Gen. 4:1-4 These sacrifices upon stone altars signaled the beginning of God's plan to redeem man from sin.

Thus, the sacrifice of innocent blood for the guilty had its beginning:

Lev. 17:11 "For the life of the flesh is in the blood, and I have given it to you upon the altar to make atonement for your souls; for it is the blood that
makes atonement for the soul."

Heb. 9:22 "According to the law almost all things are purged with blood, and without shedding of blood there is no remission."

This all pointed to the promise of the perfect sacrifice in Christ:

Heb. 10:1-7 However "it is impossible that the blood of bulls & goats could take away sins."

Heb. 11:4 "By faith Abel offered to God a more excellent
sacrifice than Cain, through which he obtained
witness that he was righteous, God testifying of
his gifts; and through it he being dead still speaks."

The cause for conflict = Righteousness v/s wickedness

Acts 6:8-ff, Example - Stephen contended for the faith. None could resist.

Acts 7:51-ff Stephen was killed for his righteousness.

Acts 14:1-6 Example - Paul at Iconium. Violent attempt to stone them.

Jude warns of the wicked who creep in to draw away the righteous:

Jude 14-15 "Now Enoch, the seventh from Adam, prophesied about these men also, saying, 'Behold, the Lord comes with ten thousands of His saints, (15) to execute judgment on all, to convict all who are ungodly among them of all their ungodly deeds which they have committed in an ungodly way, and of all the harsh things which ungodly sinners have
spoken against Him."

From Mark Copeland...Learning From Hypocrites 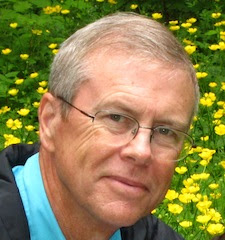 Having laid down the melancholy burden of sanity, Don Quixote became a knight. Before he’s carried back home in a cage he shows himself courteous, gentle, brave and longsuffering. Unless there’s some evil enchantment, all the women he meets are beautiful and worthy of the greatest respect and the men (most of them) are assumed to be good and noble. In return for all this he’s beaten, mocked and humiliated. Literary giant, J. B Priestly, speaking of Don Quixote, noted how strange it is that “it is the butt of the company, the man out of his wits, who sees what everybody ought to be seeing, if our values were really what we claim them to be, if Christendom existed outside our sermons and dreams.”
Our heart determines how we see and what we see.
In an Expository Times article some years back the editor C. S Rodd rehearses an incident told by Russell Maltby that is both painful and glorious. Maltby was acquainted with a man whose wife left him for another shortly after their marriage. She went back and the husband welcomed her home, but it happened again and again; her going to the other man and the husband giving her his heart and a home on her return.
A friend of the abused husband spoke to him, wanting to commiserate with and comfort him, but the husband stopped him with a terse, “Not a word! She’s my wife.” She returned home after a final absence and some time later died in her patient and loving husband’s arms.
Rodd shared this story with his assembly one morning and a marriage counsellor on his way out of the building remarked to Rodd that the husband’s “psychological problems needed to be looked at.”
Maybe, maybe not. If the husband had been firmer, would his wife have responded differently? Should he have given her an ultimatum? Who can say? But it’s interesting to me that this marriage counsellor, who knew nothing more about the situation than you and I do, was perfectly willing to see the husband as a disturbed man. The man who was gladly paying an awful price in this painful situation is seen as needing therapy?
(This piece is quoted by permission from my little book Celebrating the Wrath of God, published by Waterbrook Press, a division of Random House.)

Many thanks to brother Ed Healy, for allowing me to post from his website, the abiding word.com.