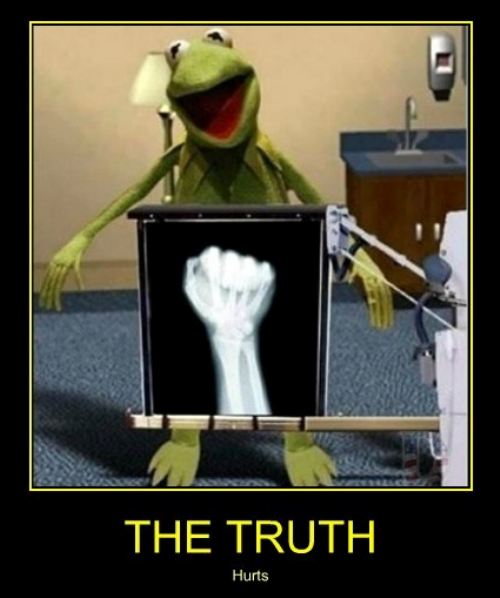 Sometimes its hard to hear the truth.  We see what we want to see, hear what we want to hear and do what we want to do, period!!!  But, when we are forced to realize that we wrong about something... well, its uncomfortable at the very least.  Then, what to do about it???  Do we continue in falsehood, knowing we are wrong, or change?  This is the choice the Corinthian brethren had when Paul wrote to them about the heinous sin they were committing.  Fortunately, they gave up the sin, but it did have consequences on many levels.  Here is Paul's response to their a repentance...

2 Corinthians, chapter 7
8 For though I made you sorry with my letter, I do not regret it, though I did regret it. For I see that my letter made you sorry, though just for a while.  9 I now rejoice, not that you were made sorry, but that you were made sorry to repentance. For you were made sorry in a godly way, that you might suffer loss by us in nothing.  10 For godly sorrow works repentance to salvation, which brings no regret. But the sorrow of the world works death.  11 For behold, this same thing, that you were made sorry in a godly way, what earnest care it worked in you. Yes, what defense, indignation, fear, longing, zeal, and vengeance! In everything you demonstrated yourselves to be pure in the matter.  12 So although I wrote to you, I wrote not for his cause that did the wrong, nor for his cause that suffered the wrong, but that your earnest care for us might be revealed in you in the sight of God.

Change for the better is often a bitter pill to swallow, but one that is good.  Elimination of sin leads to spiritual wellness and that is a very good thing, indeed!!! Hopefully, the frog in you will be removed and your true spiritual self will be revealed!!!  If you realize you have a problem; do something about it.  You may be sorry for the pain you must endure to correct the situation, but your sorrow will turn into joy once you realize the blessings of a sin-free existence.
Email ThisBlogThis!Share to TwitterShare to FacebookShare to Pinterest