What are the odds? 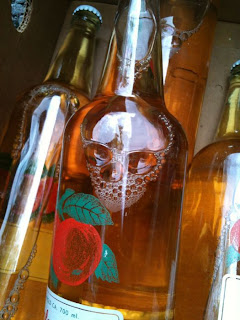 IF THIS IS NOT A DOCTORED PHOTOGRAPH, then it is amazing!!!  Imagine, catching the bubbles in just the right configuration to resemble a skull???  I wonder what the odds of actually seeing this would be? How would you even calculate such a thing?  Real or not, it is interesting, because these bubbles are like life in that timing is critical to so many things.  I just happened to born in a certain place, go to a specific school (s) and marry a wonderful woman.  Accidental, maybe, but what if it is part of a pattern?  Consider the following passages from Ecclesiastes, written over 2500 years ago...

I think most adult Americans are disgusted with our government; I know I am.  I thought government was supposed to represent us for our best interests, NOT for what will make politicians more powerful.  Yet, that is what seems to be happening.  Those who rule over us are grabbing more and more power, while we are forced to obey an onslaught of every increasing rules and regulations designed to pursue a leftist (I mean SOCIALIST) agenda.  Their values are not my values no matter how much advertising they may do.  There is less and less personal accountability and more and more government.  WE ALL NEED TO BE RESPONSIBLE FOR WHAT WE DO AND NOT DEPEND UPON OTHERS FOR A HANDOUT!!!!!  At this time, in this country, our lives are being tested:  Are we promoting justice or wickedness, righteousness or sin?  Ultimately, there will be a judgment day for both ourselves and for our country.... I hope we all pass the bar of heavenly judgment.  If not, someone may be looking at our skulls after punishment has been metered out.  I pray that this country will change, if not, then I don't think any of us will like what happens!!!!

"THE FIRST EPISTLE TO THE CORINTHIANS" Chapter One by Mark Copeland