More than a nice paint job 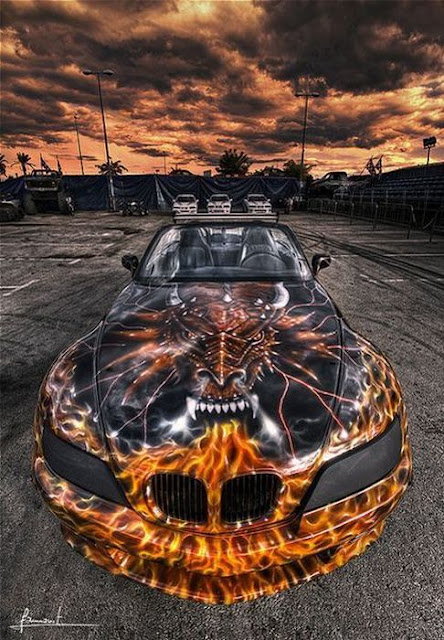 Now, this is one cool paint job.  As soon as I saw it, I was reminded of a book I read last year called "His Majesty's dragon".  I enjoyed it so much, that I read all the books in the series.  The dragon in the book was an awesome creature named Temeraire who was so big he could eat an entire cow at one meal.  Its hard for me not to think of another dragon which is found in the Scriptures, one who was as evil as Temeraire was good.
Revelation 12:7-9 (WEB)
7) There was war in the sky. Michael and his angels made war on the dragon. The dragon and his angels made war.
8) They didn’t prevail, neither was a place found for him any more in heaven.
9) The great dragon was thrown down, the old serpent, he who is called the devil and Satan, the deceiver of the whole world. He was thrown down to the earth, and his angels were thrown down with him.


The dragon described in the Scriptures was evil and lost.  He will always lose because evil is weaker than goodness.  I really like the photo though and will try to remember Temeraire and not Satan when I look at the picture in the future.  If you have some time, read "His majesty's dragon", I think you might enjoy it.
Email ThisBlogThis!Share to TwitterShare to FacebookShare to Pinterest
Newer Posts Older Posts Home
Subscribe to: Posts (Atom)