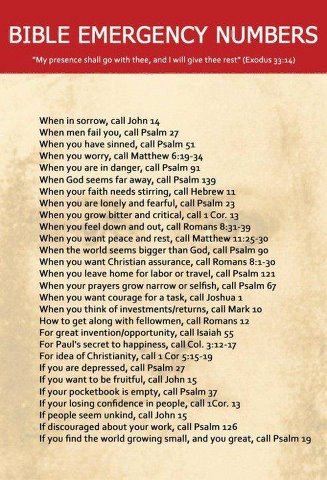 An old friend and classmate, Ed Healy, put this on facebook the other day and immediately I saw its importance.  "Call on me" came back to my memory, from a great preacher of the Gospel named Tony DiToro.  I remember a sermon of his from the second of these two verses below.  That is SOMETHING, because it was thirty+ years ago...

Jeremiah, Chapter 29
11 For I know the thoughts that I think toward you, says Yahweh, thoughts of peace, and not of evil, to give you hope and a future.  12 You shall call on me, and you shall go and pray to me, and I will listen to you.  13 You shall seek me, and find me, when you shall search for me with all your heart.

Jeremiah, Chapter 33
1 Moreover the word of Yahweh came to Jeremiah the second time, while he was yet shut up in the court of the guard, saying,  2 Thus says Yahweh who does it, Yahweh who forms it to establish it; Yahweh is his name:  3 Call to me, and I will answer you, and will show you great things, and difficult, which you don’t know.

God wants a close relationship with us.  You and I are important to HIM!!!  He desires that we should seek HIM with all our heart because HE loves US!!!  The Bible encourages us to "Pray without ceasing"; that is, to live in such a way that at any moment we could transition whatever we are doing into communication with God.  Tony did that and somehow I just know it was the reason he was such a powerful presenter of the Gospel.  He has been in heaven now for many years and has an even better connection to God than I do; I envy his position... someday I hope to join him.  How about you?

"THE EPISTLE TO THE ROMANS" Chapter Fourteen by Mark Copeland