In your wildest dreams 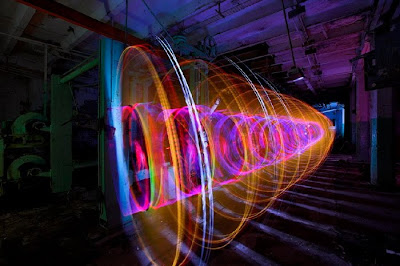 When I saw this today, I thought of the Moody Blues song "In your wildest dreams". Looks pretty fantastic, doesn't it? Who would have ever thought 40 or 50 years ago that such things could exist outside the realm of Science Fiction. Looks like the stuff of Star Trek to me. But, once you understand, suddenly they seem simple. Take this parable for instance.
Luke 8:4-15 (WEB)
4) When a great multitude came together, and people from every city were coming to him, he spoke by a parable.
5) “The farmer went out to sow his seed. As he sowed, some fell along the road, and it was trampled under foot, and the birds of the sky devoured it.
6) Other seed fell on the rock, and as soon as it grew, it withered away, because it had no moisture.
7) Other fell amid the thorns, and the thorns grew with it, and choked it.
8) Other fell into the good ground, and grew, and brought forth fruit one hundred times.” As he said these things, he called out, “He who has ears to hear, let him hear!”
9) Then his disciples asked him, “What does this parable mean?”
10) He said, “To you it is given to know the mysteries of the Kingdom of God, but to the rest in parables; that ‘seeing they may not see, and hearing they may not understand.’
11) Now the parable is this: The seed is the word of God.
12) Those along the road are those who hear, then the devil comes, and takes away the word from their heart, that they may not believe and be saved.
13) Those on the rock are they who, when they hear, receive the word with joy; but these have no root, who believe for a while, then fall away in time of temptation.
14) That which fell among the thorns, these are those who have heard, and as they go on their way they are choked with cares, riches, and pleasures of life, and bring no fruit to maturity.
15) That in the good ground, these are such as in an honest and good heart, having heard the word, hold it tightly, and bring forth fruit with patience.
(Luke 8:4-15, WEB)

Because the parable is explained to us, its simple. But, like so many Spiritual things, most people just don't get it. That's the way Spirituality is: you either get it or you don't. I probably will never understand the workings of the Large Hadron Collider we see in the picture, but thank God for Jesus, because without HIM large portions of the Scriptures would just not make any sense at all and I would be uttering the phrase "Beam me up, Scotty". I wonder when they will ever get around to inventing phasers and food replicators?
Email ThisBlogThis!Share to TwitterShare to FacebookShare to Pinterest
Newer Posts Older Posts Home
Subscribe to: Posts (Atom)