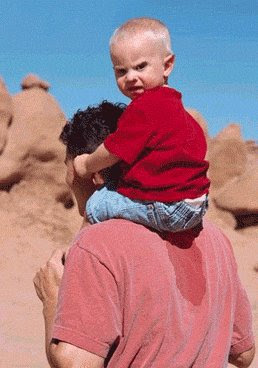 Those of you who are parents will appreciate this picture! Children can be a burden at times; they do things like hold onto your ears and wet on you. But you love them, even when they are really, really bad. They will try your patience, test your limits and generally think that the world revolves around them. Jesus tells a parable (an Earthly story, with a heavenly meaning) that has meaning even to this day. He says...


Mark 12:1-11 Complete Apostles' Bible
(1) Then He began to speak to them with parables: "A man planted a vineyard and set a fence around it, dug a wine vat and built a tower. And he leased it to farmers, and went on a journey.
(2) And at harvest-time he sent a servant to the farmers, in order that he might receive his part from the fruit of the vineyard.
(3) And they took him and beat him and sent him away empty-handed.
(4) Again he sent them another servant, and that one they wounded in the head with stones, and they sent him away shamefully treated.
(5) And again he sent another, and that one they killed, and so with many others, beating some and killing others.
(6) Therefore still having one son, his beloved, he even sent him to them last, saying, 'They will respect my son.'
(7) "But those farmers said to one another, 'This is the heir. Come, let us kill him, and the inheritance will be ours.'
(8) "And taking him they killed him, and cast him out of the vineyard.
(9) Therefore what will the owner of the vineyard do? He will come and will destroy the farmers, and give the vineyard to others.
(10) Have you not even read this Scripture: 'The stone which the builders rejected Has become the chief cornerstone.
(11) This was the LORD's doing, and it is marvelous in our eyes'?"

The "man" is our heavenly father, the "vineyard" is the nation of Israel and the stone is Jesus. The farmers of the vineyard are those who rejected Jesus in his day and the "others" are the Gentiles (us). As the parable indicates, the father has been patient and put up with a lot, BUT THERE ARE LIMITS! Who knows their exact time when he will say "enough"; only the father. Who knows when judgment begins, once again, only the father. But rest assured, God will straighten everything out someday and it will involve more than just putting his baby down or changing that soiled shirt. Don't worry about, just obey what the "chief cornerstone" (Jesus) would have you to do. No problem!
Email ThisBlogThis!Share to TwitterShare to FacebookShare to Pinterest 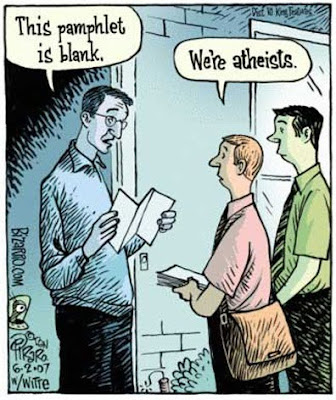 How can you prove the absence of something? To definitively assert that something (or someone) does not exist when you lack complete knowledge of a subject is foolish! The Bible is quite plain on the subject, as this passage from the 14TH Psalms says.

At least the agnostic is honest enough to say "I don't know". Consider the complexity of the universe or perhaps even our own bodies and it is extremely difficult to believe these things happened by mere chance. When you honestly look at yourself and the world around you, any explanation of origins will ultimately yield a bland page. To continue to assert this belief after seeing the truth just reveals how illogical and corrupt a mind can be. Its no wonder Paul quoted from the 14TH Psalms in the book of Romans (3:10 ff.).
Email ThisBlogThis!Share to TwitterShare to FacebookShare to Pinterest 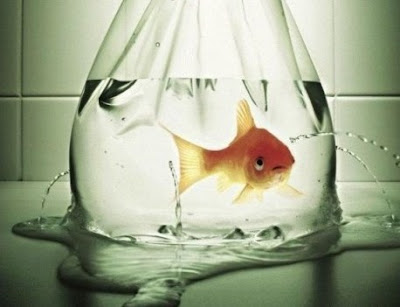 Ecclesiastes 9:11-12 WEB (R)
(11) I returned, and saw under the sun, that the race is not to the swift, nor the battle to the strong, neither yet bread to the wise, nor yet riches to men of understanding, nor yet favor to men of skill; but time and chance happen to them all.
(12) For man also doesn't know his time. As the fish that are taken in an evil net, and as the birds that are caught in the snare, even so are the sons of men snared in an evil time, when it falls suddenly on them.


I messed up big time today; I gave my wife the wrong day for a company excursion and am I in hot water! I accidentally put the wrong date on the calendar and whamooo. Sometimes things happen! You may not even realize what is going on and suddenly you realize your bucket is losing water. Life is like that; one day everything is fine and the next, well, you are attending your own funeral. Small prayer here: Dear Lord, help me to watch for leaks, I need ever bit of that ballast! Also, you wouldn't happen to have an extra plug, would you? Thanks, Gary
Email ThisBlogThis!Share to TwitterShare to FacebookShare to Pinterest
Newer Posts Older Posts Home
Subscribe to: Posts (Atom)