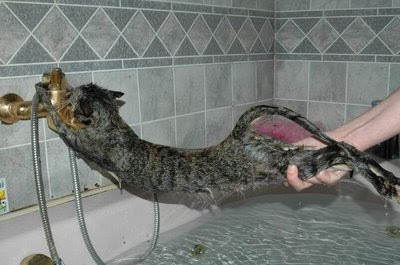 This picture reminds me of an old song by Larry Verne: "Mr. Custer". The first verse goes like this: "Please Mr. Custer, I don't wanna go, Hey, Mr. Custer, please don't make me go. I had a dream last night about the comin' fight, Somebody yelled "attack!"And there I stood with a arrow in my back." Ok, you probably don't remember it, but it was way back in 1960 and I do. Both the picture and the song do say something interesting, though. Sometimes we find ourselves in situations that no matter what we do, something bad is going to happen. Paul was told about just such a thing; read on to see how he handled it in the book of Acts.
Act 21:1 When it happened that we had parted from them and had set sail, we came with a straight course to Cos, and the next day to Rhodes, and from there to Patara.
Act 21:2 Having found a ship crossing over to Phoenicia, we went aboard, and set sail.
Act 21:3 When we had come in sight of Cyprus, leaving it on the left hand, we sailed to Syria, and landed at Tyre, for there the ship was to unload her cargo.
Act 21:4 Having found disciples, we stayed there seven days. These said to Paul through the Spirit, that he should not go up to Jerusalem.
Act 21:5 When it happened that we had accomplished the days, we departed and went on our journey. They all, with wives and children, brought us on our way until we were out of the city. Kneeling down on the beach, we prayed.
Act 21:6 After saying goodbye to each other, we went on board the ship, and they returned home again.
Act 21:7 When we had finished the voyage from Tyre, we arrived at Ptolemais. We greeted the brothers, and stayed with them one day.
Act 21:8 On the next day, we, who were Paul's companions, departed, and came to Caesarea. We entered into the house of Philip the evangelist, who was one of the seven, and stayed with him.
Act 21:9 Now this man had four virgin daughters who prophesied.
Act 21:10 As we stayed there some days, a certain prophet named Agabus came down from Judea.
Act 21:11 Coming to us, and taking Paul's belt, he bound his own feet and hands, and said, "Thus says the Holy Spirit: 'So will the Jews at Jerusalem bind the man who owns this belt, and will deliver him into the hands of the Gentiles.' "
Act 21:12 When we heard these things, both we and they of that place begged him not to go up to Jerusalem.
Act 21:13 Then Paul answered, "What are you doing, weeping and breaking my heart? For I am ready not only to be bound, but also to die at Jerusalem for the name of the Lord Jesus."
Act 21:14 When he would not be persuaded, we ceased, saying, "The Lord's will be done."
Agabus confirmed what Paul had already heard; he should not go up to Jerusalem. He was unwilling to listen, unafraid of the consequences. There is something so brave and yet so submissive about the man that it is a little scary. Try to put yourself in his situation and ask yourself: would I do the same? Probably not, yet Paul was a man that God had put on a mission and he knew it. He also knew that in the end he would be with The Lord Jesus, so there was nothing to fear. Death is nothing to fear as long as you know life follows. So, be like Paul, don't hold back, jump right in and do what God is leading you to do; who knows, you might actually like the water?
Email ThisBlogThis!Share to TwitterShare to FacebookShare to Pinterest
Newer Posts Older Posts Home
Subscribe to: Posts (Atom)