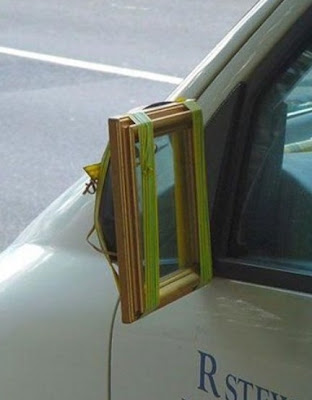 This is a prime example of what I refer to as a do-4; that is, something you substitute in an emergency. In 1966 I was driving my '56 Pontiac through the Ferry tunnel in Troy, NY, when all of a sudden my engine started revving. When I looked under the hood, I noticed that the linkage for the carburetor had come off. So, I took off my shoe lace and tied it together. It worked so well that I ran it that way for two whole years. Sometimes you just have to make-do. Jesus was faced with a problem of having to make-do; Matthew tells the tale.

Mat 14:14 Jesus went out, and he saw a great multitude. He had compassion on them, and healed their sick.
Mat 14:15 When evening had come, his disciples came to him, saying, "This place is deserted, and the hour is already late. Send the multitudes away, that they may go into the villages, and buy themselves food."
Mat 14:16 But Jesus said to them, "They don't need to go away. You give them something to eat."
Mat 14:17 They told him, "We only have here five loaves and two fish."
Mat 14:18 He said, "Bring them here to me."
Mat 14:19 He commanded the multitudes to sit down on the grass; and he took the five loaves and the two fish, and looking up to heaven, he blessed, broke and gave the loaves to the disciples, and the disciples gave to the multitudes.
Mat 14:20 They all ate, and were filled. They took up twelve baskets full of that which remained left over from the broken pieces.
Mat 14:21 Those who ate were about five thousand men, besides women and children.


Jesus only had a couple of fish and five loaves of bread and he fed something over five thousand people. The disciples didn't know what to do, but Jesus did; pray! There is power in prayer, awesome power. I can only tell you that when my car acted up in the tunnel, boy, did I pray. Why, because if I didn't get Linda home on time, she would have been immediately grounded, that's why. I can't tell what they attached the mirror in the picture with, but whatever works, works! Humm, I wonder if they prayed first?
Email ThisBlogThis!Share to TwitterShare to FacebookShare to Pinterest
Newer Posts Older Posts Home
Subscribe to: Posts (Atom)