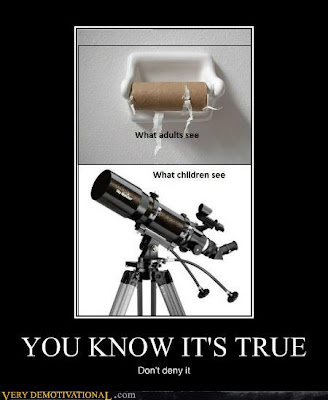 There are millions upon millions of older people in this country.  People who have worked hard all their lives, have been devoted to their families, paid their bills and tried hard to please God in every way possible.  They are called Christians.  Oh, there are all types, phony ones, proud ones, holiday ones, immature ones and then there is the "real McCoy".  However, they all have one thing in common: they are human beings and human beings grow older.  With age comes the question: What have I done with my life?  We wonder what was the point of it all and as we progress towards "old age", some of us begin to think of the next life... and that's a good thing!!!  But, first, we need to check our attitude at the door... here is what I mean...
WEB: Matthew Chapter 18

[1] In that hour the disciples came to Jesus, saying, “Who then is greatest in the Kingdom of Heaven?”

[2] Jesus called a little child to himself, and set him in their midst, [3] and said, "“Most certainly I tell you, unless you turn, and become as little children, you will in no way enter into the Kingdom of Heaven. [4] Whoever therefore humbles himself as this little child, the same is the greatest in the Kingdom of Heaven. [5] Whoever receives one such little child in my name receives me,
Humility is the stuff of genuine Christianity.  It is an insight towards personal growth and the sign of true conversion from the world of "I".  I liked the picture because its true, because it transcends the harsh reality of the world and leads to possibilities of what can be.  And with God, ANYTHING IS POSSIBLE!!!  We just need to get ourselves out of the way and lean on HIM.  Isn't this what kids do?  Is it possible?  You bet!!! Can you say this about yourself; I can't answer that question but this I know... until today, I never thought of a telescope like this before!!!  I can't wait until God shows me something new... I might actually learn something.
Email ThisBlogThis!Share to TwitterShare to FacebookShare to Pinterest

The leadership qualities of Joshua by Mark Copeland


Heb 5:1 For every high priest, being taken from among men, is appointed for men in things pertaining to God, that he may offer both gifts and sacrifices for sins.
Heb 5:2 The high priest can deal gently with those who are ignorant and going astray, because he himself is also surrounded with weakness.
Heb 5:3 Because of this, he must offer sacrifices for sins for the people, as well as for himself.
Heb 5:4 Nobody takes this honor on himself, but he is called by God, just like Aaron was.
Heb 5:5 So also Christ didn't glorify himself to be made a high priest, but it was he who said to him, "You are my Son. Today I have become your father."
Heb 5:6 As he says also in another place, "You are a priest forever, after the order of Melchizedek."
Heb 5:7 He, in the days of his flesh, having offered up prayers and petitions with strong crying and tears to him who was able to save him from death, and having been heard for his godly fear,
Heb 5:8 though he was a Son, yet learned obedience by the things which he suffered.
Heb 5:9 Having been made perfect, he became to all of those who obey him the author of eternal salvation,
Heb 5:10 named by God a high priest after the order of Melchizedek.
Heb 5:11 About him we have many words to say, and hard to interpret, seeing you have become dull of hearing.
Heb 5:12 For when by reason of the time you ought to be teachers, you again need to have someone teach you the rudiments of the first principles of the oracles of God. You have come to need milk, and not solid food.
Heb 5:13 For everyone who lives on milk is not experienced in the word of righteousness, for he is a baby.
Heb 5:14 But solid food is for those who are full grown, who by reason of use have their senses exercised to discern good and evil.