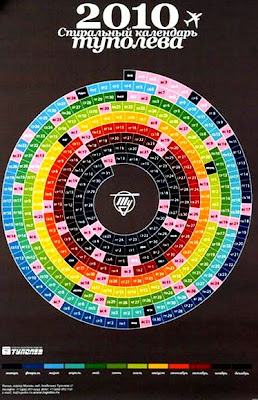 This reminds me of an old song by Chicago: "Does anybody really know what time it is?" But a circular calendar???? Interesting!!! Calendars mark the passage of time; they are based on all sorts of things, the moon, the sun, the reign of this or that empire (or emperor). Isn't it interesting that our current calendar is obtained from the birth of Jesus. Jesus said much about time, but I thought of this passage......
Mat 26:17-31 ESV
(17) Now on the first day of Unleavened Bread the disciples came to Jesus, saying, "Where will you have us prepare for you to eat the Passover?"
(18) He said, "Go into the city to a certain man and say to him, 'The Teacher says, My time is at hand. I will keep the Passover at your house with my disciples.'"
(19) And the disciples did as Jesus had directed them, and they prepared the Passover.
(20) When it was evening, he reclined at table with the twelve.
(21) And as they were eating, he said, "Truly, I say to you, one of you will betray me."
(22) And they were very sorrowful and began to say to him one after another, "Is it I, Lord?"
(23) He answered, "He who has dipped his hand in the dish with me will betray me.
(24) The Son of Man goes as it is written of him, but woe to that man by whom the Son of Man is betrayed! It would have been better for that man if he had not been born."
(25) Judas, who would betray him, answered, "Is it I, Rabbi?" He said to him, "You have said so."
(26) Now as they were eating, Jesus took bread, and after blessing it broke it and gave it to the disciples, and said, "Take, eat; this is my body."
(27) And he took a cup, and when he had given thanks he gave it to them, saying, "Drink of it, all of you,
(28) for this is my blood of the covenant, which is poured out for many for the forgiveness of sins.
(29) I tell you I will not drink again of this fruit of the vine until that day when I drink it new with you in my Father's kingdom."
(30) And when they had sung a hymn, they went out to the Mount of Olives.
(31) Then Jesus said to them, "You will all fall away because of me this night. For it is written, 'I will strike the shepherd, and the sheep of the flock will be scattered.'

Jesus marked time by his mission; his appointed sacrifice to come. So should we. Over the years I have read many different arguments over the EXACT DATE OF HIS BIRTH, but in reality, that really is not the correct thing to focus on. It is his death and resurrection, because without that sacrifice, where would we be? Fortunately, that has been documented and documented and documented again. So, would anyone out there like to move our date to 1977? I wouldn't mind because that was a very good year. For the time being though, I still am trying to get my hands around this circular calendar, but honestly; IT GIVES ME A HEADACHE!!!
Email ThisBlogThis!Share to TwitterShare to FacebookShare to Pinterest
Newer Posts Older Posts Home
Subscribe to: Posts (Atom)