Many thanks to Gail Martin for sharing this with me...

http://www.youtube.com/embed/MBDwpLLXMTA
Email ThisBlogThis!Share to TwitterShare to FacebookShare to Pinterest 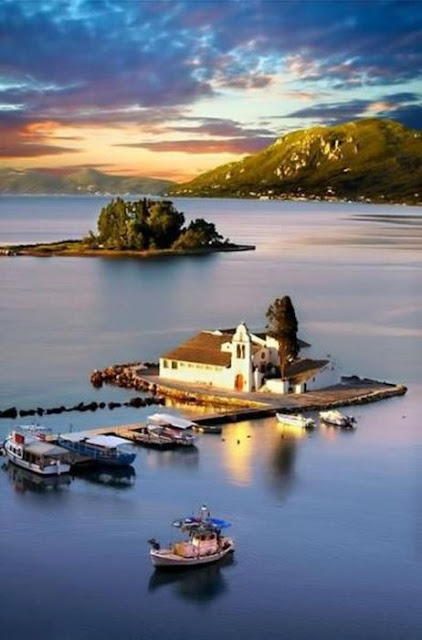 To me, this looks like picture of a drive through church; you know, the place where Christians assemble to worship God.  I say that because of the spire at the front and also because of the numerous places to dock.  Even if I am right about this (and I may not be), it seems odd to meet here.  But, then again, the first time I heard about a drive through church (for cars) that seemed strange too.  Just to be clear, when I see the word "church", I THINK OF THE ASSEMBLY OF PEOPLE, NOT THE BUILDING!!!  So, one of the reasons why I use the World English Bible is its consistent translation of the Greek, ekklesia to the English word ASSEMBLY.  Most of the New Testament books open with a greeting to a group of people and here is one such example...

1st Corinthians Chapter 1
1 Paul, called to be an apostle of Jesus Christ through the will of God, and our brother Sosthenes,  2 to the assembly of God which is at Corinth; those who are sanctified in Christ Jesus, called to be saints, with all who call on the name of our Lord Jesus Christ in every place, both theirs and ours:  3 Grace to you and peace from God our Father and the Lord Jesus Christ.

I imagine that to many of you this is much to do about nothing.  However, Christianity is made up of people; buildings came much, much later.  Centuries, in fact.  Please do not misunderstand; I like to worship in pleasant surroundings, but those plain enough so as not to detract from why we meet.  Still, its fun to think about meeting places that are out-of-the-ordinary and this one sure does fill that bill!!!

"THE GOSPEL OF MATTHEW" Chapter Twenty-Seven by Mark Copeland