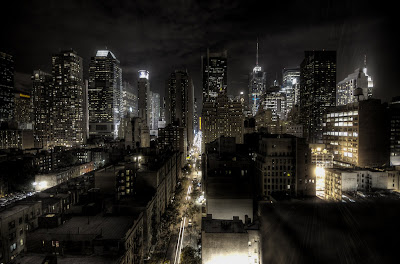 New York City is a beautiful place; central park, the shopping, the business opportunities... wonderful. But the city has a darker side as well; crime, corruption, drugs, etc.. Some people are like that as well. God's first king, Saul, is an example. There are many passages in the old testament which show his darker side, but lets just look at one from the book of 1st Samuel.
1Sa 18:6 It happened as they came, when David returned from the slaughter of the Philistine, that the women came out of all the cities of Israel, singing and dancing, to meet king Saul, with tambourines, with joy, and with instruments of music.
1Sa 18:7 The women sang one to another as they played, and said, Saul has slain his thousands, David his ten thousands.
1Sa 18:8 Saul was very angry, and this saying displeased him; and he said, They have ascribed to David ten thousands, and to me they have ascribed but thousands: and what can he have more but the kingdom?
1Sa 18:9 Saul eyed David from that day and forward.
1Sa 18:10 It happened on the next day, that an evil spirit from God came mightily on Saul, and he prophesied in the midst of the house: and David played with his hand, as he did day by day. Saul had his spear in his hand;
1Sa 18:11 and Saul cast the spear; for he said, I will strike David even to the wall. David avoided out of his presence twice.
1Sa 18:12 Saul was afraid of David, because Yahweh was with him, and was departed from Saul.
World English Bible
Saul was a large man, head and shoulders above all the people and God chose him to be king and annointed him through the prophet Samuel. But Saul was an insecure man, one who lacked the true faith in God to lead Israel successfully. When Saul realized David's greatness and his own failure, he tried to kill David. Not just one time, but many. When we take our attention from God and focus on ourselves and compare ourselves to others, we sin, plain and simple. The fact is that the assembly of God (the church) is made up of all different sorts of people doing a variety of tasks appointed to them by God and each one of us needs to accept this. Don't be like Saul, don't let your "dark side" rule; seek the insight which only God supplies and accept your appointed lot in life and glorify God.
Email ThisBlogThis!Share to TwitterShare to FacebookShare to Pinterest
Newer Posts Older Posts Home
Subscribe to: Posts (Atom)