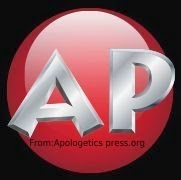 The CEO of a major American corporation was forced to resign after admitting to a sexual affair with a female subordinate (Merle, 2005). The incident triggered the oft’-debated ethical question: “Should one’s personal behavior in moral matters have any bearing on one’s position in public life?” Conventional wisdom now says, “no.” You’ve heard the claims—over and over again ad nauseam: “What a person does on his own time is none of the company’s business.” “Public life and private life are separate issues.” “After all, you cannot legislate morality and personal behavior.” From the president of the United States and the CEO of a large corporation to the public school teacher, Americans in large numbers have swallowed the baseless and ludicrous assertion that personal conduct and moral choices have no bearing on one’s employment position and credibility. Character, integrity, and ethical behavior increasingly have been detached from job performance as people compartmentalize their lives into separate and distinct spheres.
But such ethical schizophrenia is irrational, nonsensical, and destructive to the fabric of society. When a person manifests immorality in one aspect of his life, he demonstrates a character flaw that has become a part of his being. This circumstance must inevitably and naturally permeate a person’s character. If he is willing to lie in his private life, logically his propensity for lying can know no boundaries. The person who becomes comfortable with lying in one area of his life will eventually feel comfortable lying in other areas as well. Once a person sacrifices her integrity by embracing one illicit behavior (e.g., lying), she instantaneously opens herself up to embracing additional illicit behaviors (e.g., stealing, cheating). If a man cannot be trusted with your wife, why would you trust him with your money or your business?
God’s Word is the only reliable guide for human behavior (Psalm 119). In the Bible, God has given rules for the regulation of human behavior. Only He is in a position to establish the parameters of proper behavior. Without law, humans would have no guidance and no framework for assessing their actions. They would be free to conduct themselves in any manner whatsoever. One person may choose to murder while another may choose not to murder. There would be no ultimate difference between those two choices—no objective basis upon which to assign any ethical or moral significance. The person who engages in immoral behavior would be open to being immoral in any and every area of his or her life. Only incidental circumstances would decide when and where the immorality manifested itself. If a CEO would sacrifice his sexual integrity, given the right circumstances, he would be willing to sacrifice his financial integrity as well.
Human civilization is, in fact, grounded and dependent on the fundamental principle that human behavior can and must be regulated. Laws, by definition, regulate human behavior! Why do we have traffic laws? Why do we require people to drive their automobiles on the correct side of the road, stop at red traffic lights, or yield to pedestrians in crosswalks? Weren’t we told that we could not legislate human behavior? Why do we have laws governing the food industry’s handling of food for human consumption? I thought we could not legislate human behavior? Why do we have laws that make murder, stealing, and perjury in court illegal—if human morality cannot be legislated? The fact of the matter is that human behavior can and must be governed. The very fabric and functioning of society depends on it!
Ultimately, morality must be based on the laws of God, with the understanding that one day all humans will stand before the Supreme Judge of the world Who will “render to each one according to his deeds” (Romans 2:6): “For God will bring every work into judgment, including every secret thing, whether good or evil (Ecclesiastes 12:14). “For we must all appear before the judgment seat of Christ, that each one may receive the things done in the body, according to what he has done, whether good or bad. Knowing, therefore, the terror of the Lord, we persuade men” (2 Corinthians 5:10-11).