Will You Be Silenced? by Eric Lyons, M.Min. 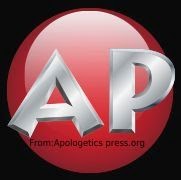 Will You Be Silenced?

When individuals in the 21st century teach what God’s Word says about the sin of homosexuality (Romans 1:22-32; 1 Corinthians 6:9-11), even when done in a spirit of “love,” “meekness and fear” (as the Bible teaches—Ephesians 4:15; 1 Peter 3:15), they are often labeled as unloving, unkind, hateful, and mean-spirited. Take, for example, the response that Kirk Cameron recently received after being interviewed on Piers Morgan’s CNN show Tonight. When asked about his thoughts regarding homosexuality and same-sex marriage, Cameron respectfully called it “unnatural” and “destructive,” and “detrimental and ultimately destructive to so many of the foundations of civilization….” “Marriage,” he said, “was defined in the garden between Adam and Eve. One man, one woman for life till death do you part. So I would never attempt to redefine marriage. And I don’t think anyone else should either” (“Kirk Cameron…,” 2012). For these comments, individuals and media members all over the country ridiculed Cameron as being, among other things, “out of step with the modern world” (Dray, 2012), “extremist” (Badash, 2012), “self-righteous” (Burt, 2012), and a “homophobic bigot” (Silverthorne, 2012).
After a Christian posted a comment on his Facebook page recently about President Obama’s endorsement of same-sex marriage, saying, “As Christians, this is another sad moment in our nation’s moral downfall,” a young lady responded by writing:


For once, I beg of you, as Christians, to look at someone who is gay or different from you and love them. Just love them. Don't tell them their [sic] immoral or disgusting or brainwashed or bad. LOVE them. As God loves them. As Jesus loves them. Stop spreading HATE and FEAR. You are hurting yourselves. Your children. You are making the world a bad place, the exact opposite of what I know you want. Why is it that the Christians are the ones who seem to be the most judgmental of them all? (2012, emp. added, capitalization in orig.).

Notice that there was no hate in the gentleman’s statement—only perceived hate by someone who would much rather Christians remain completely silent about what the Bible teaches regarding God’s pattern for the home.
In the Fall of 2011, a ninth-grade honors student in Fort Worth, Texas was given a disciplinary referral form, one day of in-school suspension, and two days of out-of-school suspension because he said to a friend in class that “he was a Christian and ‘being a homosexual is wrong’” (Stames, 2011; Khalil, 2011). This one statement, which was overheard by the teacher (who previously had posted a picture in the classroom of two men kissing), allegedly warranted a reprimand and three days of suspension from class. [Thankfully, administrators dropped the suspension completely, but only after Dakota’s mother solicited the help of a constitutional attorney (Khalil).]
A Catholic church in Acushnet, Massachusetts recently changed their marquee to read, “Two men are friends not spouses.” Their words were described by those who opposed the sign as “subtle bigotry,” “hateful,” and “disrespectful.” One woman called the church saying that the church “should be burned” for spreading such hate. One man said that he was “outraged” that a church would choose to speak out on the issue of gay marriage (see “Controversial Sign...,” 2012).
In April 2012, “outspoken gay, lesbian, bisexual and transgender (LGBT) advocate” Dan Savage spoke at an anti-bullying conference in Seattle, Washington before thousands of students and teachers from along the west coast (“Dan Savage…,” 2012). In his speech he stated: “We can learn to ignore the bull**** in the Bible about gay people” (“Anti-bullying Speaker…,” 2012). After several students walked out, the anti-bullying speaker stated: “You can tell the Bible guys in the hall they can come back now because I’m done beating up the Bible. It’s funny, as someone who is on the receiving end of beatings that are justified by the Bible, how pansy***** people react when you push back” (“Anti-bullying Speaker…”).
No doubt, some people who claim to be Christians have spoken about the sin of homosexuality with unChristlike attitudes and in ungodly ways. Such hypocrisy certainly should be condemned, as should all ungodliness (Romans 12:9; 1 John 5:17; Galatians 5:19-12; Revelation 21:8), including homosexuality. However, what we increasingly witness today is, even when Christians teach what Almighty God has revealed about homosexuality in the most loving, kind, meek manner, they are still blasted by homosexual activists and many in the media as being guilty of “hate speech.” For teaching what the Creator has revealed (and expects Christians to teach without compromise; cf. Acts 4:17-20; 5:29), Bible believers have been expelled at school, ridiculed at work, and threatened in their churches. Even homosexual “anti-bullying experts” apparently enjoy “beating up the Bible” (and all the alleged “bull****” in it) and bullying the “pansy*****” Christians that they are supposedly teaching not to bully.
We should not be surprised at the reactions (even highly hypocritical reactions) of the world to the preaching of God’s Word. John the Baptizer, of whom Jesus said “among those born of women there has not risen one greater” (Matthew 11:11), was beheaded for courageously telling a King that it was wrong for him to be married to someone who was not his lawful wife (Mark 6:14-29). Jesus was crucified following three years of preaching a message of repentance (Mark 1:15; Luke 13:3,5). Paul, who knew very well what true, biblical love was (1 Corinthians 13), likewise preached a message of repentance (Acts 17:30-31; 26:20), including the encouragement of mankind to repent of the sin of homosexuality (Romans 1:22-32; 1 Corinthians 6:9-11; 1 Timothy 1:9-10).
Will the Christ’s church continue to teach what God says on every subject and on every evil, including the sin of homosexuality? Or, will the Lord’s church cower at the threats made against her and remain quiet as homosexual activists, Hollywood actors, and influential media members attempt to silence the alleged unloving “hate speech” of Christians? “Woe to those who call evil good and good evil” (Isaiah 5:20).


“Whether it is right in the sight of God to listen to you more than to God, you judge. For we cannot but speak the things which we have seen and heard” (Acts 4:19-20, emp. added).
“[W]e should no longer be children, tossed to and fro and carried about with every wind of doctrine, by the trickery of men, in the cunning craftiness of deceitful plotting, but, speaking the truth in love, may grow up in all things into Him who is the head—Christ” (Ephesians 4:14-15, emp. added).
“But sanctify the Lord God in your hearts, and always be ready to give a defense to everyone who asks you a reason for the hope that is in you, with meekness and fear” (1 Peter 3:15, emp. added).
“As many as I love, I rebuke and chasten. Therefore be zealous and repent” (Revelation 3:19, emp. added).