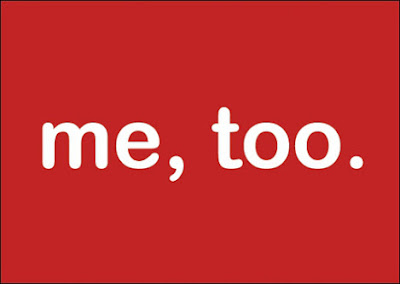 We all have things in common; we eat, sleep, breath air, love our children and desire to live a rich, full life!!!  Unfortunately, we live in a world that is becoming more and more hostile. Today, I received an e-mail from Jay Green Jr. (his father wrote the KJ3 Bible). This forwarded email spoke of an ISIS mass beheading of children who will not renounce Jesus.(If you are interested in reading it, go to my facebook page and look for a post beginning with Jay Green)

Like me, those children want to live and should. I must confess, I am angry!!! The United States of America does nothing??? If our government can stand by and allow such an atrocity and refuse to do anything, how can it endure? Where is compassion? Where is common decency? Have we as a nation become so godless that we can ignore such monstrosities?

I tell you that it is time to remove those in power in Washington, no matter what the cost. Remove all them now, or this nation will be remembered as being worse than Nazi Germany ever was.


31  “But when the Son of Man comes in his glory, and all the holy angels with him, then he will sit on the throne of his glory.   32  Before him all the nations will be gathered, and he will separate them one from another, as a shepherd separates the sheep from the goats.   33  He will set the sheep on his right hand, but the goats on the left.   34  Then the King will tell those on his right hand, ‘Come, blessed of my Father, inherit the Kingdom prepared for you from the foundation of the world;   35  for I was hungry, and you gave me food to eat. I was thirsty, and you gave me drink. I was a stranger, and you took me in.   36  I was naked, and you clothed me. I was sick, and you visited me. I was in prison, and you came to me.’

40  “The King will answer them, ‘Most certainly I tell you, because you did it to one of the least of these my brothers, you did it to me.’   41  Then he will say also to those on the left hand, ‘Depart from me, you cursed, into the eternal fire which is prepared for the devil and his angels;   42  for I was hungry, and you didn’t give me food to eat; I was thirsty, and you gave me no drink;   43  I was a stranger, and you didn’t take me in; naked, and you didn’t clothe me; sick, and in prison, and you didn’t visit me.’

44  “Then they will also answer, saying, ‘Lord, when did we see you hungry, or thirsty, or a stranger, or naked, or sick, or in prison, and didn’t help you?’

We will have to answer for what we do;if not in the here and now, then in the hereafter. I can only tell you what I think, but somehow we must find a way to work together to change things for the better. Let us start by taking a long, hard look at ourselves and then determine to do something today!!!

Think I am an alarmist, or an extremist, or just plain WRONG? When Islam comes en masse to the U.S., they will force you to obey them or DIE!!!

ps. Recently, I read something about the marines- They are called leathernecks, because during the war in Tripoli, they were given leather collars for their necks to prevent beheading by Muslims!!!