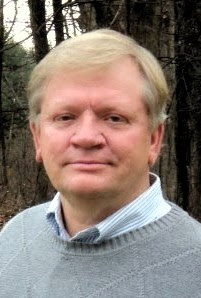 Each one is tempted by his own evil desires. Enter the wrong place at the wrong time, and get exposed to the wrong thing and we would all fall into sin because we are weak!
Thomas Boston (a Scottish church leader of the 1600s) wrote: “Temptation is the fire that brings up the scum of the heart.”
A Reader’s Digest reader wrote: While my wife and I were shopping at a mall, a shapely young woman in a short, form-fitting dress strolled by. My eyes followed her. Without looking up from the item she was examining, my wife asked, “Was it worth the trouble you’re in?”
Each one is tempted by his own evil desires. Your temptation may not be for sexual lust. It may be something else. For example, some people shouldn’t go shopping. Why? Because they are aroused by what they see and when they see that certain something they can’t help but buy it. Some people can’t resist eating certain foods. Some cannot resist certain drinks  The problem of:  “I want” can quickly turn into idol worship. That is, we want that something more than we want to know God and please Him by resisting that something.
I John 2:15-17 “Do not love the world or anything in the world. If anyone loves the world, love for the Father is not in them. 16 For everything in the world—the lust of the flesh, the lust of the eyes, and the pride of life—comes not from the Father but from the world. 17 The world and its desires pass away, but whoever does the will of God lives forever..”
Do you hear what John the Apostle is saying here? If you love those evil things then you really don’t love Father God all that much. Sometimes I feel so guilty for I what think and do. Like Paul said in Romans 7:21-25, “I find this law at work: Although I want to do good, evil is right there with me. 22 For in my inner being I delight in God’s law; 23 but I see another law at work in me, waging war against the law of my mind and making me a prisoner of the law of sin at work within me. 24 What a wretched man I am! Who will rescue me from this body that is subject to death? 25 Thanks be to God, who delivers me through Jesus Christ our Lord!”
Most of the temptations that we face in life are summed up there in 1 John… 1- lust for sensual pleasure 2- lust for things pleasing to the eyes (materialistic desires) 3- Pride of being appreciated, praised, or glorified.
But in reality, if there is anything about our lives, our talents, our gifts, our material goods, etc. that appears good or great, it’s because they are a gift from God and He alone deserves the glory! That’s what James says in verses 16 & 17. He wrote,“Don’t be deceived, my dear brothers and sisters. 17 Every good and perfect gift is from above, coming down from the Father of the heavenly lights, who does not change like shifting shadows.”

#3. SO WHEN TEMPTED – TURN TO GOD – LOOK UP
Someone said: “To realize God’s presence is the one sovereign remedy against temptation.”
Practicing the presence of God… realizing that He is with us, by us, even in us can help curb our desire and appetite for that something we should not get involved in or with. We need to recognize that God and His strength and His presence offers us a way to resist or out of temptation to sin!
I Corinthians 10:13 “No temptation has seized you except what is common to man. (Solomon said that there is nothing new under the sun.., in other words God has see it all before. Paul goes on to say…) And God is faithful; He will not let you be tempted beyond what you can bear. But when you are tempted, He will also provide a way out so that you can stand up under it.”
God will always provide a way out; we just have to chose to go His way rather than the way of temptation. Sometimes this is hard!
A boy by the name of Alexander was trying to save all the pennies he could in order to buy a baseball bat. But he had a hard struggle. One night when he was saying his prayers, his mother heard him say fervently: “O Lord, please help me save my money for a baseball bat. And, God, don’t let the ice cream man come down this street!”
We all need to look up and pray a similar prayer: “Lord, keep so and so away from me. And please keep me away from those things that tempt me. Please help me Lord!”
And I believe that God can help us remove those desires, those temptations from our life. He can even renew us if we let Him, and if we follow His lead and will.
Some time after the conversion of Augustine, he came face to face with the woman who had cause him to sin for many months.  She dragged him deeper and deeper into a sinful relationship until he was finally freed from those bonds by the regenerating power of the cross. Later when he passed her by he could only offered her a formal nod of his head. Once she stopped him and said, “Augustine, don’t know me anymore? See, it is I.”  Looking at her a moment, and knowing that she no longer held him in her evil spell, Augustine replied, “But it is not I.”  God can regenerate us and make us new again.
With God’s help these things won’t haunt you anymore. The Question I have for you today is; ‘Will you let Him help you?’   I hope so. Jesus said, ‘I have come to set you free that you may be free indeed.’  John 8.
Email ThisBlogThis!Share to TwitterShare to FacebookShare to Pinterest
Newer Post Older Post Home