A little birdie told me... 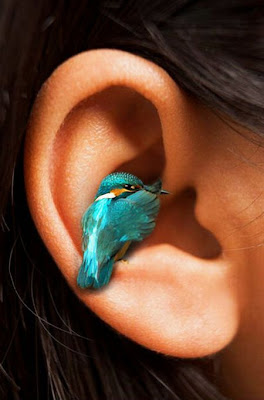 A little birdie told me...?? Interesting words, often the prelude to trouble. What is so alluring about gossip anyway? Is it the power of knowledge or perhaps the click syndrome? Is it genuine concern for another, or the need to feel superior to your fellow human being. Good questions, all. I suppose books have been written on it, but lets just consider a couple of the proverbs.

Proverbs 18:6-8 WEB (R)
(6) A fool's lips come into strife, and his mouth invites beatings.
(7) A fool's mouth is his destruction, and his lips are a snare to his soul.
(8) The words of a gossip are like dainty morsels: they go down into a person's innermost parts.

Proverbs 11:13 WEB (R)
(13) One who brings gossip betrays a confidence, but one who is of a trustworthy spirit is one who keeps a secret.


Gossip spreads like wildfire; how often have I heard that one! Its interesting to me that in the first passage, gossip is preceded by comments about a fool. As 11:13 points out gossip is the breaking of a confidence; a form of betrayal. Putting the two together, gossip is foolishness that reveals a lack of trustworthiness. But, why is it so delightful to the ear? I think it has something to do with the same reasons as those involved in the fall of man; the desire to have power through forbidden knowledge. Look where that little episode took humanity! The next time someone says to you: "Did you hear about...", ask them to invite the subject of the little morsel of information to talk about it! That's a good way to stop gossip in its tracks. A little birdie told me how to do it! But, I am not saying who!!!
Email ThisBlogThis!Share to TwitterShare to FacebookShare to Pinterest
Newer Post Older Post Home