A Coherent Definition of a God by Kyle Butt, M.Div. 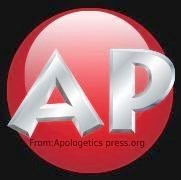 A Coherent Definition of a God

In the cross-examination section of our debate, Barker asked me what a spirit is. I stated that a spirit is a “non-physical, incorporeal mind.” He responded by saying, “But that doesn’t answer the question. You told us what it is not. You said it is non-corporeal, non-physical. But positively, what is a spirit?” (2009). Notice that my definition included the positive concept of a spirit being a mind. Barker conveniently focused on the words “non-physical” and “incorporeal,” but intentionally ignored the definition of spirit as a mind. Barker refuses to deal with the concept of an immaterial mind because he is a materialist. In his debate with Peter Payne, Barker stated: “We are natural creatures. The natural world is all there is” (2005). What Barker means by the term “natural” is: “composed of physical matter.” His atheistic philosophy will not allow him to admit that there is anything other than matter. This false, materialistic assumption is his fundamental problem with the term “spirit.” It has been shown extensively and definitely, however, that humans possess an immaterial, rational mind that cannot be relegated to mere physical matter (see Harrub and Thompson, 2004; Thompson and Harrub, 2004). The mere fact that you can read, comprehend, analyze, and assess Barker’s assertion proves that something immaterial is at play.
Incidentally, Barker’s assertion that negative terms cannot be used to give positive meaning to something is vacuous. In his book godless, Barker gives a lengthy definition of what he believes the term “atheism” means. He stated: “It turns out that atheism means much less than I had thought. It is merely the lack of theism. It is not a philosophy of life and it offers no value.... [T]o be an atheist, you don’t need any positive philosophy at all.... Basic atheism is not a belief” (p. 98, emp. added, italics in orig.). According to Barker, atheism can be defined in purely negative terms without offering a single positive concept, the very thing he accuses those who define “spirit” of doing.
Furthermore, in answering his question during the cross-examination, I mentioned two words, darkness and cold, that are often understood in negative terms. Merriam-Webster Online Dictionarydefines darkness as: “1 a: devoid or partially devoid of light: not receiving, reflecting, transmitting, or radiating light” (2009, emp. added). Even though “darkness” is defined in negative terms as the absence of light, there is no doubt that darkness exists.

God is the uncaused, all-powerful, all-knowing, merciful, gracious, eternal Spirit whose personality and attributes are manifested in the pages of the Bible. Virtually every dictionary gives an understandable and reasonable definition of God, books that deal with difficult words omit God, and God has been the main subject of discussion and study of the vast majority of the most brilliant thinkers for millennia. The rhetorical tactic suggesting that God cannot be defined is nothing more than an assertion based on a materialistic philosophy that is unfounded. In truth, God can be clearly defined and delineated from all other entities to such an extent that Dan Barker and I can be involved in a formal debate and both know exactly what (or rather Who) we are discussing—God, the God of the Bible.