From Gary.... Reasoning, reality and possibility 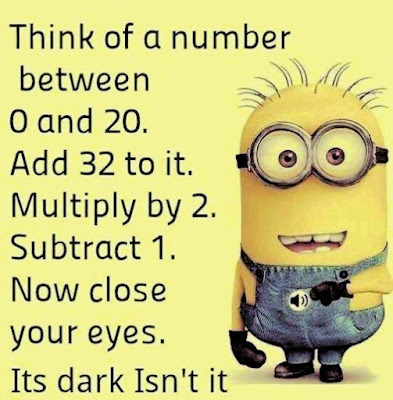 You may be able to add, subtract, multiply, divide in your head, but when you close your eyes, it is dark.  Human beings are capable of many mental things, but light is still light, dark is still dark- in short, reality is reality, no matter how you try to manipulate it mentally!!

Jesus came to earth to save us and whether we accept that fact or not, it is still reality. Here is the end of the story...


1 So Pilate then took Jesus, and flogged him.  2 The soldiers twisted thorns into a crown, and put it on his head, and dressed him in a purple garment.  3 They kept saying, “Hail, King of the Jews!” and they kept slapping him.

4  Then Pilate went out again, and said to them, “Behold, I bring him out to you, that you may know that I find no basis for a charge against him.”

5  Jesus therefore came out, wearing the crown of thorns and the purple garment. Pilate said to them, “Behold, the man!”

6  When therefore the chief priests and the officers saw him, they shouted, saying, “Crucify! Crucify!”

Pilate said to them, “Take him yourselves, and crucify him, for I find no basis for a charge against him.”

7  The Jews answered him, “We have a law, and by our law he ought to die, because he made himself the Son of God.”

8  When therefore Pilate heard this saying, he was more afraid.  9 He entered into the Praetorium again, and said to Jesus, “Where are you from?” But Jesus gave him no answer.  10 Pilate therefore said to him, “Aren’t you speaking to me? Don’t you know that I have power to release you, and have power to crucify you?”

11  Jesus answered, “You would have no power at all against me, unless it were given to you from above. Therefore he who delivered me to you has greater sin.”

12  At this, Pilate was seeking to release him, but the Jews cried out, saying, “If you release this man, you aren’t Caesar’s friend! Everyone who makes himself a king speaks against Caesar!”

13  When Pilate therefore heard these words, he brought Jesus out, and sat down on the judgment seat at a place called “The Pavement”, but in Hebrew, “Gabbatha.”  14 Now it was the Preparation Day of the Passover, at about the sixth hour. He said to the Jews, “Behold, your King!”

Pilate said to them, “Shall I crucify your King?”

The chief priests answered, “We have no king but Caesar!”

16  So then he delivered him to them to be crucified. So they took Jesus and led him away.  17 He went out, bearing his cross, to the place called “The Place of a Skull”, which is called in Hebrew, “Golgotha”,  18 where they crucified him, and with him two others, on either side one, and Jesus in the middle.  19 Pilate wrote a title also, and put it on the cross. There was written, “JESUS OF NAZARETH, THE KING OF THE JEWS.”  20 Therefore many of the Jews read this title, for the place where Jesus was crucified was near the city; and it was written in Hebrew, in Latin, and in Greek.  21 The chief priests of the Jews therefore said to Pilate, “Don’t write, ‘The King of the Jews,’ but, ‘he said, I am King of the Jews.’”

The Jews wanted an earthly king- Jesus was a heavenly one with an early mission. The Jews reasoned that if Jesus died, their problem with him would be over. They were very wrong because Jesus' death became the path to life. In thinking about it, I think even Pilate believed somewhat, as the last verse would seem to indicate.

OK, follow the directions of the picture; but afterward- open your eyes and see the truth- Jesus died for you. Now, what are you going to do about it?
Email ThisBlogThis!Share to TwitterShare to FacebookShare to Pinterest
Newer Post Older Post Home