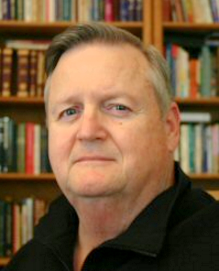 
Baptists generally believe and teach that water baptism is not necessary for the remission of sins. This statement is qualified because this writer knows of a Baptist preacher who believes that it is necessary. But generally speaking, we do not misrepresent Baptist doctrine when we say it teaches that baptism “...represents in an outward symbol the inward work of the Spirit, and shows how ‘according to his mercy, he saved us by the washing of regeneration, and the renewing of the Holy Spirit,’ a work already performed on the heart of the candidate by an application of the cleansing blood of Christ” (Hisox, The Baptist Church Directory, 1911, page 32). In other words, “Baptists believe that no one is a scriptural subject for baptism till he is already saved [italics mine—AT]” (J.G. Bow, What Baptist Believe and Why They Believe It, Sunday School Board of the Southern Baptist Convention, pages 36-37).
As we have seen, Baptists are quite open about what they believe concerning baptism, and although it is not difficult to understand what they believe, it is hard to understand why they believe it. Clearly, they ignore, or do not understand, many Bible passages relative to baptism (e.g., Acts 2:38 & 22:16; Mark 16:16; Galatians 3:26-27; and 1 Peter 3:21). A simple reading of these passages enables one to understand why they have consistently tried to either ignore, explain away, or change the scriptures to fit their doctrine. The purpose of this article is to demonstrate a very serious mistake some of our Baptist friends have made in their attempt to change the word of God so as to conform to their teaching on the subject of baptism.
Obviously, Acts 2:38 is a passage that has “stuck in the craw” of many Baptist debaters. But now some of them are claiming that the passage is “really theirs after all.” These allege the Greek preposition eis, which is translated “for” in the King James Version should actually be translated “because of.” They claim the passage should read, “...Repent, and be baptized...because of the remission of sins....” In other words, they think this passage teaches that one ought to repent and be baptized because one has already received the remission of sins when he believed. They attempt to bolster this rendering by pointing out that the English preposition “for” sometimes means “because of.” Although this is true, it really has nothing to do with the Greek preposition eis, which no reputable Greek scholar has ever thought should be translated “because of.”
Those who try to twist the scriptures to justify their wrong position on baptism are defeated by the very book they seek to pervert. In Acts 2:38, we find not just the preposition eis, but the entire prepositional phrase eis aphesin harmartion, which is rendered “for the remission of sins” by the translators. Fortunately, and to the downfall of those who would assert their particular doctrine above that which is written, the Holy Spirit has unquestionably fixed the use of eis aphesin harmartion by allowing it to be used in a passage in which its use cannot be doubted. In Matthew 26:28, Jesus made the statement, “For this is My blood of the new testament, which is shed for many for the remission of sins [emphasis mine—AT].” This is the same prepositional phrase that is used in Acts 2:38. Therefore, those who support the “because of” argument in Acts 2:38 would, in order to be consistent, have to make Matthew 26:28 to be saying that Jesus shed His blood “because of” the remission of sins, which would, in essence, have the Lord saying His blood would be shed for something already accomplished. Who can believe it? Was the Lord’s blood shed “for,” “unto,” or “for the purpose of” the remission of sins; or was it shed because the remission of sins had already occurred? If it was shed “for,” “unto,” or “for the purpose of” the remission of sins, as Matthew 26:28 clearly teaches, then what justification do our Baptist friends have for translating the same prepositional phrase as “because of” in Acts 2:38? The only reason I can think of is the justification of their erroneous doctrine.
Does the Bible contradict itself? Certainly not! Although Baptists seem to think that Acts 2:38 and Matthew 26:28 are contradictory if allowed to stand as they appear in the Bible, the truth of the matter is that Baptism is “for,” “unto,” or “for the purpose of” the same thing Jesus’ blood was shed “for.” Just as the Bible teaches that there can be no remission of sins without Christ’s blood, for Christ’s blood was shed for the remission of sins, it just as clearly teaches that there can be no remission of sins without baptism. This relationship between Christ’s blood and baptism is explained by the apostle Paul in Romans chapter 6. He said that as many as had been baptizedinto Christ had been baptized “into His death”. Of course, the Messiah shed His blood in His death (viz., on the cross), and we, by faith, are baptized “into His death” (Romans 6:3) Could it be any more simple? Could we not all see this if we really wanted to?
In conclusion, the Holy Spirit bears witness that Christ shed His blood for the remission of sins. He also bears witness that water baptism is for the remission of sins. Consequently, it does not surprise us to hear the Bible say, “There are three that bear witness in earth, the Spirit, and the water, and the blood: and these three agree in one [emphasis mine-AT]” (1 John 5:8).