Listen to the Silence by Richard Mansel 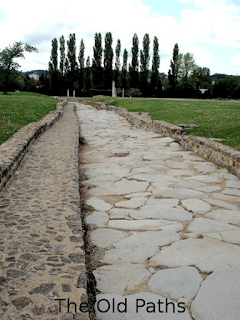 Listen to the Silence

Silence.
In the minds of many, the word conjures up images of loneliness and abandonment. Men fear the drumbeats of silence and will go to great lengths to protect themselves from it. Department stores, doctor's offices and the like pipe in soft music to ensure that their patrons are not awash in silence. Likewise, homes are often so filled with sounds emanating from the radio or the television that the voice of silence cannot be heard.
In this busy world of noise and chaos men have seemingly lost the ability to sit still and be quiet. Men have lost interest in the teeming sounds of the forest and the rustle of tall grass. Have you listened to the wind or the bushes lately? In their feeble voices they speak of God and His wonderful works. In their song is the praise of the Creator (Psalm 19:1).
Christians who wish to find peace in their lives can begin by discovering the power of silence. Thomas Carlyle said, "Speech is great, but silence is greater." For it is in the latter that we find the recipe for reverence.
Psalm 46:10 says, "Be still and know that I am God." Perceptively, Don Henley writes, "We are like sheep without a shepherd and we don't know how to be alone so we wander 'round this desert and end up following the wrong gods home."
Prayer is the foundation for a life of reverence. Bowing our hearts and minds to God is how we can come humbly before His throne (James 4:10). Prayer is the avenue men can use to speak to the Father. But do we ever hear what He has to say? Do we pray and then rush off to other activities? Or, do we follow our "amen" with a period of thoughtful meditation on the word of God? How can we hear the voice of God unless we take the time to listen? His majesty is everywhere, to be seen by those perceptive enough to recognize the evidence of His power.
"Commune with your own heart upon your bed, and be still" (Psalm 4:4).
Richard Mansel