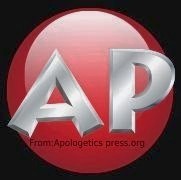 
Before Solomon began building the “holy house” of God, his father David challenged the Israelites to consecrate themselves by bringing an offering to the Lord that would be used in the temple’s construction (1 Chronicles 29:3-5). The text says that “the leaders of the fathers’ houses, leaders of the tribes of Israel, the captains of thousands and of hundreds, with the officers over the king’s work, offered willingly” (29:6). They gave 5,000 talents of gold, 10,000 talents of silver, 18,000 talents of bronze, and 100,000 talents of iron. First Chronicles 29:7 also indicates that these Israelites gave 10,000 daricsof gold.
The use of currency known as darics in a narrative that predated the invention of the currency by 500 years has led some to believe the author of Chronicles lacked divine guidance. These critics correctly assert that the daric was a coin of the Persian Empire (probably derived from Darius the Mede). Furthermore, it is true that even though the chronicler used the daric to evaluate a temple offering that took place around 970 B.C., this coinage was unknown to David (The Wycliffe Bible Commentary). It was not minted before 515 B.C. (Dillard and Longman, 1994, p. 171), and probably was not known in Palestine until the fifth century B.C. (about the time when the book of Chronicles was written). So why does this notinvalidate the inerrancy of the Scriptures? After all, a narrative that has things (like money) in it that obviously did not exist when the narrative took place is nothing but a fairy tale, is it not?
Actually, the use of the term “daric” by the writer of Chronicles in the fourth or fifth century B.C. does not mean that he believed (or wanted his readers to believe) that the Israelites in David’s time possessed darics. The chronicler merely expressed in language that would be intelligible to his readers the sum of the gold donated by the Israelites, without intending to assume that there were darics in use in the time of David (Keil and Delitzsch). All he did was use a term that was popular in his own day to help his readers better understand the sacrifice of those who gave the gold (cf. Ezra 2:69; 8:27; Nehemiah 7:70-72).
The chronicler used a figure of speech known as “prolepsis” (the assignment of something, such as an event or name, to a time that precedes it). People often use prolepsis for the sake of convenience, or so that the reader or audience can better understand what is being communicated. For example, I might say, “My wife and I dated two years before we got married,” when actually she was not my wife when we were dating, but a very dear friend. We may see a special on television about when President Ronald Reagan was boy, but the fact is, Ronald Reagan was not President of the United States when he was a boy. From time to time, even the Bible uses this kind of accommodative language. In John 11, the Bible speaks of a woman named Mary who “anointed the Lord with ointment” (11:1-2), yet this anointing actually did not occur for about three months. John merely spoke about it as having already happened because when he wrote his gospel account, this event was generally known. Another example of prolepsis is found in Genesis 13:3 where we read that Abraham “went on his journey from the South as far as Bethel.” This area actually did not wear the name Bethel until years later when Jacob gave it that name (Genesis 28:19). However, when Moses wrote of this name hundreds of years later, he was free to use it even when writing about a time before the name actually was given. Likewise, the chronicler used accommodative language when explaining the free-will offerings given to help in constructing the temple of God.
It is possible that this is not the first time the writer of Chronicles used such conversion measures. In 2 Chronicles 4:5, it says that the molten Sea that sat in the inner court of the temple held 3,000 baths (a bath was the largest of the liquid measures in Hebrew culture). However, 1 Kings 7:26 says that the same Sea held 2,000 baths. These numbers may be different because the “bath” unit mentioned in 1 Kings was larger than the “bath” unit used in 2 Chronicles. Since the Chronicles account was written after the Babylonian exile, it is quite possible that reference is made to the Babylonian bath, which might have been less than the Jewish bath used at the time of Solomon (Clarke, 1996).
Admittedly, the writer of Chronicles used measures of his period familiar to modern readers even when writing about events that took place 500 years beforehand. However, converting measures does not destroy the inerrancy of Scripture!
REFERENCES
Barnes, Albert (1997), Barnes’ Notes (Electronic Database: Biblesoft).
Clarke, Adam (1996), Adam Clarke’s Commentary (Electronic Database: Biblesoft).
Dillard, Raymond B. and Tremper Longman III (1994), An Introduction to the Old Testament (Grand Rapids: Zondervan).
Keil, C.F. and F. Delitzsch (1996), Keil and Delitzsch Commentary on the Old Testament (Electronic Database: Biblesoft), new updated edition.
The Wycliffe Bible Commentary (1962), (Electronic Database: Biblesoft).
Email ThisBlogThis!Share to TwitterShare to FacebookShare to Pinterest
Newer Post Older Post Home