"THE FIRST EPISTLE TO THE THESSALONIANS" A Preacher Worthy Of Imitation (2:1-12) by Mark Copeland 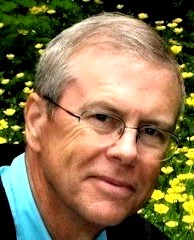