Facsimile 1 from the Book of Abraham by Dewayne Bryant, Ph.D. 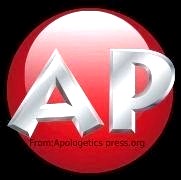 Facsimile 1 from the Book of Abraham

Christianity is a historical religion. The Bible makes claims about events that happened in real time and space that can be evaluated in light of the historical and archaeological records. If the events of the Bible truly happened, then one would expect the surviving evidence to lend support to the biblical record. If not, then we would naturally expect the evidence to contradict it. Over the last two centuries, the Bible has fared incredibly well.
Mormonism also makes a number of historical claims. Like the claims of the Old and New Testaments, the Mormon scriptures can be checked against the historical and archaeological records. The Book of Mormon and other Mormon scriptures have not fared well at all. The dearth of evidence has made things increasingly difficult for Mormon apologists.
Scholars within the Mormon community have recognized the difficulties presented by the archaeological record. Michael Coe, professor emeritus at Yale University and one of America’s foremost experts on the Mayan civilization, says, “What has gone wrong, therefore, with Mormon archaeology?… Mormon intellectuals, it seems to me, have taken three ways to extract themselves from the dilemma,” noting, “The third way out of the dilemma is apostasy. I will not dwell further on this painful subject, but merely point out that many unusually gifted scholars whom I count as friends have taken exactly this route” (Coe 1973, pp. 46-47). Scholars such as William Ramsay and William Foxwell Albright began as skeptics of the Bible and later became convinced by the evidence that the Bible was true. It would appear that the opposite is the case for many scholars who have difficulty reconciling the claims of the Mormon scriptures with the paucity of evidence in the archaeological record.
Of all the sacred texts of the Mormon church, one of the most fascinating is the Book of Abraham, a five-chapter book that purportedly records the travels of Abraham in Egypt. According to Joseph Smith’s introductory comments in the translation, Abraham wrote the book himself, “by his own hand, upon papyrus” (Smith, 1842, [9]3:704). The book tells a story of Abraham’s capture and near-sacrifice by an evil Egyptian priest. It also portrays the patriarch as lecturing the pharaoh in astronomy.
In the 1800s, ancient papyrus documents emerged that were quickly purchased by the budding Mormon church. Smith, eagerly seeking historical evidence, claimed these documents were part of the Book of Abraham, which would in time become canonized as part of the Mormon scriptures. These documents were later lost, only to resurface in the 1900s to be examined by scholars.
Egyptologists who have examined these papyrus fragments understand them to be parts of the Egyptian Book of the Dead, a tome of spells to aid the deceased in the afterlife. This corpus of material began as the Pyramid Texts, which were inscribed inside the pyramids themselves. As pharaohs abandoned pyramid building in favor of tombs, Egyptians inscribed these texts on coffins, which were then called the Coffin Texts. Finally, this material was written on scrolls, later known as the Egyptian Book of the Dead. This work was illustrated by scribes in the ancient world, and three such illustrations (known as Facsimiles 1, 2, and 3) were found among the papyrus documents Smith purchased.
Facsimile 1 supposedly depicts the scene of Abraham nearly being sacrificed by the Egyptian priest Elkenah. Since Joseph Smith knew virtually nothing about Egyptian religion, he misidentified everything in the scene. Following is the list of Smith’s proposed identifications, as well as their true identification (The facsimiles and the suggested identifications may also be found on the LDS Web site: http://lds.org/scriptures/pgp/abr/fac-1?lang=eng).
Egyptologists have disputed Smith’s identifications for a century. In 1912, an Episcopal bishop named Franklin S. Spalding sent copies of the three facsimiles to some of the world’s leading Egyptologists. Spalding published the results of his inquiry in the book, Joseph Smith, Jr., As a Translator. The scholars of whom Spalding inquired agreed that the facsimiles belonged to funerary documents. The famed Sir William Flinders Petrie said, “It may be safely said that there is not one single word that is true in these explanations.… None but the ignorant could possibly be imposed on by such ludicrous blunders” (as quoted in Spalding, p. 24). Archibald Sayce of Oxford said, “It is difficult to deal seriously with Joseph Smith’s impudent fraud” (as quoted in Spalding, p. 23). Arthur Mace of the Department of Egyptian Art of the Metropolitan Museum of New York stated:

The “Book of Abraham,” it is hardly necessary to say, is a pure fabrication.… Joseph Smith’s interpretation of these cuts is a farrago of nonsense from beginning to end. Egyptian characters can now be read almost as easily as Greek, and five minutes’ study in an Egyptian gallery of any museum should be enough to convince any educated man of the clumsiness of the imposture” (as quoted in Spalding, p. 27).

The New York Times even carried a story in the Sunday edition of December 29, 1912, with a headline stating, “Museum Walls Proclaim Fraud of Mormon Prophet” (“Museum Walls…”).
Mormons passionately believe that Joseph Smith was a true prophet of God. They also vigorously defend the texts considered sacred by the Mormon church. But as a historical faith—one that makes claims that may be checked against the ancient evidence—the Mormon scriptures fail to pass basic tests of historical accuracy. This is not surprising, as the evidence clearly implicates Smith as a gifted, though error-prone, storyteller. The Old and New Testaments have been supported and verified by archaeological evidence. Mormon scriptures have been contradicted by it. With all passionate sincerity, we would invite our Mormon friends to investigate the evidence and see for themselves whether the Mormon scriptures pass the test. From all the evidence that has emerged so far, the Bible passes with flying colors. The same cannot be said for the Book of Mormon or its companion, the Book of Abraham. [NOTE: For more discussion on the authenticity of the Book of Mormon, see “Is the Book of Mormon From God”? http://www.apologeticspress.org/APContent.aspx?category=11&article=2787&topic=80.]