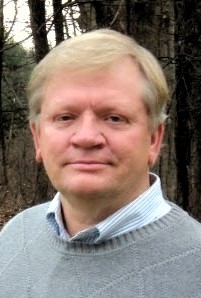 A Wormy Apple   2 Peter 2:1-22
Introduction: I have two final messages left from 2 Peter. The first is what I believe to be a sobering message, the second a scary one.
First in 2 Peter 2, we read about the greatest problem the church faces. It’s not a danger from without, but rot from within.
Have you ever picked up an apple and taken a big bite out of it just to discover that it is rotten inside or it has a worm inside? I remember as I grew up there was a big apple tree on the edge of a field in back of our house and it often produced a lot of apples. My dad didn’t spray the trees for insects and when the apples were finally red ripe for the picking, I remember how hard it was to find a good one! Most of them had worm holes or rotten spots which were clearly visible. More than once I thought I found a really good one, without holes. But then it would turn out to be the perfect deception instead.  I would bite into it and yuck, and a worm would be hidden inside.
I later discovered their secret. The worms don’t bore in from the outside in, rather they lay their eggs on the blossoms before the apple even begins to form. Then, when they hatch they’re already inside the apple, and they’ve got a smorgasbord of food from which they eat their way into adulthood. Finally, they eat their way out of the apple and that’s where the wormholes come from! They creep in unnoticed and secretly brought about a destructive rottenness.
Imagine a church like that! The early church was still in bloom when the enemy, Satan laid his deceptive eggs of destruction. By the time Peter wrote this letter, there were already rotten signs in many of the churches where these false teachers and false prophets were doing their dirty work. The apostle Paul also addressed these same problems in his letters to the churches, especially the ones in Galatia and Corinth.
Jesus warned HisHhHis disciple that this would happen. In Matthew 13 Jesus gives several parables on the kingdom. The parable of the wheat and the tares is especially insightful regarding the message of 2 Peter. I Would like to Read Matt. 13: 24-30and then at the explanation that Jesus gives the disciples in verses 36-43.

The Parable of the Weeds