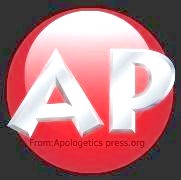 The Greek word ekklesia, translated as “church” in most English Bibles, simply means “assembly.” In Matthew 16:18, Jesus said, “I will build my church (ekklesia).” Hence, we could read this verse, “I (Jesus) will build my assembly.” Paul wrote, “The churches of Christ salute you” (Romans 16:16). Again, this world translated “churches” could be translated “assemblies.”
Interestingly, the same term used in the two verses above (ekklesia) also is used at times in reference to secular assemblies. For example, in Acts 19:32 the term ekklesia is used to speak of the mob at Ephesus. The text reads: “Some therefore cried one thing, and some another: for the assembly (ekklesia) was confused.”
One might ask, “How do I know if the text is speaking about a secular assembly or the church?” Answer: The modifying words in the context of a particular passage are what make it possible to distinguish the kind of assembly to which the Bible writers were referring. We know that the assemblies Paul mentioned in Romans 16:16 are churches because ekklesia is modified by the phrase “of Christ.” Likewise, in Acts 20:28, we know the assembly mentioned is the church because it is modified by the phrase, “of God, which he hath purchased with his own blood” (emp. added). The word “assembly” is set apart from secular assemblies in these passages because the context points to a group of people owned by Christ.
The religious world needs to understand that Jesus is the one who gives ekklesia meaning. When mere human names and terms are placed alongside “church,” then the name no longer possesses the meaning that God intended for it to have. Christians should wear the name of Christ (and Christ only) because He purchased the church (Acts 20:28) and said it was His (Matthew 16:18).
Without the work of Jesus, nothing would separate us from man-made assemblies. He gave ekklesiaa new meaning in the first century, and continues to give it meaning today when we wear His name.