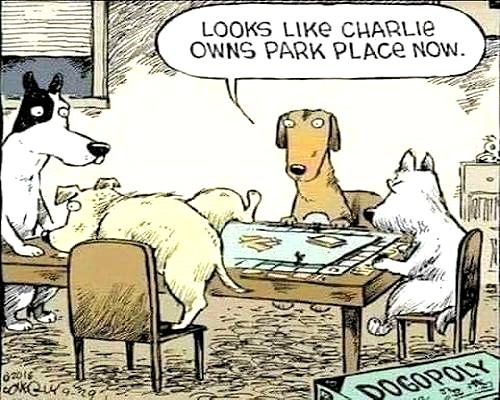 Dogs are very territorial. Every single time I take my dog PAL for a walk he urine marks many, many times. And, if someone comes to our home you can be sure that he will bark and bark and bark some more until he recognizes them or we tell him to STOP.

Are people territorial? Well, they don’t urinate on their property like dogs, but they do identify what they own. My dog PAL has a dog collar with an ID on it and a chip to identify him should he get lost. And then there is the memory of my paternal grandfather Raymond, who used to paint with very large letters, “RCR” on his spare car rims to leave no doubt as to who they belonged to.

In the late seventies, I became a New Testament Christian. I understood what it meant, but to this day, I have never quite comprehended how we can say we are restoring the church of the first century and yet somehow ignore part of Acts, chapter 2 that we so often quote. It says…


Acts 2 ( World English Bible )
Act 2:41, Then those who gladly received his word were baptized. There were added that day about three thousand souls.
Act 2:42, They continued steadfastly in the apostles’ teaching and fellowship, in the breaking of bread, and prayer.
Act 2:43, Fear came on every soul, and many wonders and signs were done through the apostles.
Act 2:44, All who believed were together, and had all things in common.
Act 2:45, They sold their possessions and goods, and distributed them to all, according as anyone had need. (emphasis added)
Act 2:46, Day by day, continuing steadfastly with one accord in the temple, and breaking bread at home, they took their food with gladness and singleness of heart,
Act 2:47, praising God, and having favor with all the people. The Lord added to the assembly day by day those who were being saved.

Act 2:37, Now when they heard this, they were cut to the heart, and said to Peter and the rest of the apostles, “Brothers, what shall we do?”
Act 2:38, Peter said to them, “Repent, and be baptized, every one of you, in the name of Jesus Christ for the forgiveness of sins, and you will receive the gift of the Holy Spirit.
Act 2:39, For the promise is to you, and to your children, and to all who are far off, even as many as the Lord our God will call to himself.”
Act 2:40, With many other words he testified, and exhorted them, saying, “Save yourselves from this crooked generation!”
Act 2:41, Then those who gladly received his word were baptized. There were added that day about three thousand souls.

Unlike other posts, I am not going to tell you THE ANSWER, because I really do not have one. Instead, I will leave you with a question?

Are we guilty of the sin of materialism?