A Servant serves by Gary Rose 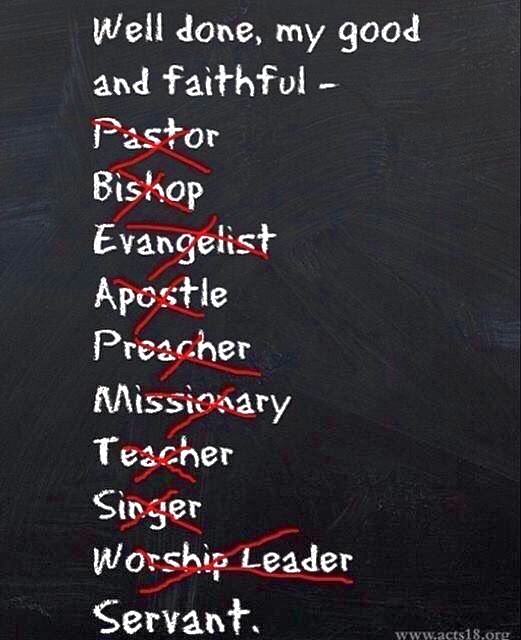 Servant; this is a hard concept for some of us. We are taught things like “Be all you can be” from childhood onward. Face it, most of us think that servants are unimportant people, servants, because they do not have enough abilities or drive to rise above menial tasks. This may or may not be the truth. When I was growing up, my mother used to take me to a doctor who had the most unusual name: Cheznekowski (I think that’s how it was spelled). He was a bit abrupt, with piercing eyes and a strange accent. He spoke slowly and carefully and sometimes would use English in strange ways, but for all this, I thought he was an OK doctor. Then, one day, after my visit was over, we had a bit of a conversation. This was very unusual, because he never talked about himself much. What he did say at this time I remembered though, because it made me think. He said something like: I wasn’t always a doctor in America, Gary, I used to practice in Czechoslovakia before that country was overrun by the Nazis; in fact, I was something like your “Surgeon General” there. But, I am glad to be in America, because here at least I can be free and still practice medicine. I found out later that he had to go back to medical school and everything that goes along with becoming a doctor again. That must have been very humbling, but he handled his situation well. I wondered to myself how any one of us would behave if we were faced with a situation like this. What if we were given talents and then for some reason, couldn’t do what we loved? For that matter, what do we do with the talents God has given us right now? Jesus spoke a parable about this…


Matthew 25 ( World English Bible )
[11] As they heard these things, he went on and told a parable, because he was near Jerusalem, and they supposed that the Kingdom of God would be revealed immediately. [12] He said therefore, “A certain nobleman went into a far country to receive for himself a kingdom, and to return. [13] He called ten servants of his, and gave them ten mina coins,* 10 minas was more than 3 years’ wages for an agricultural laborer. and told them, ‘Conduct business until I come.’ [14] But his citizens hated him, and sent an envoy after him, saying, ‘We don’t want this man to reign over us.’ [15] “It happened when he had come back again, having received the kingdom, that he commanded these servants, to whom he had given the money, to be called to him, that he might know what they had gained by conducting business. [16] The first came before him, saying, ‘Lord, your mina has made ten more minas.’ [17] “He said to him, ‘Well done, you good servant! Because you were found faithful with very little, you shall have authority over ten cities.’ [18] “The second came, saying, ‘Your mina, Lord, has made five minas.’ [19] “So he said to him, ‘And you are to be over five cities.’ [20] Another came, saying, ‘Lord, behold, your mina, which I kept laid away in a handkerchief, [21] for I feared you, because you are an exacting man. You take up that which you didn’t lay down, and reap that which you didn’t sow.’ [22] “He said to him, ‘Out of your own mouth will I judge you, you wicked servant! You knew that I am an exacting man, taking up that which I didn’t lay down, and reaping that which I didn’t sow. [23] Then why didn’t you deposit my money in the bank, and at my coming, I might have earned interest on it?’ [24] He said to those who stood by, ‘Take the mina away from him, and give it to him who has the ten minas.’ [25] “They said to him, ‘Lord, he has ten minas!’ [26] ‘For I tell you that to everyone who has, will more be given; but from him who doesn’t have, even that which he has will be taken away from him. [27] But bring those enemies of mine who didn’t want me to reign over them here, and kill them before me.’”


Being a servant means using what God has given you to the best of your abilities. Not, when you feel like it, or in a haphazard way, but enthusiastically. In the case above, it involved money (mina’s), but it just as well could have been something else. One servant pleased his Lord greatly and was rewarded accordingly; another, had everything taken away from him. Why? The answer is verse 27- that man really didn’t want to be a servant anyway. In his heart, he had rejected his nobleman master and ultimately it was his undoing.

The point of all this is- You may be many things in this life, but first and foremost you will always be a servant of God. So, forget titles and do what you need to do; doctor Cheznekowski, did. And so can YOU!